Back on the road again. In the second of ‘The Fourth Doctor Who Adventures’ series. the Doctor and Leela are diverted (when are they not?) by a missile to land on a planet meeting the White Ghosts and a team who are living and adapting to perpetual darkness. As they land, the pair are accosted by something wickedly triffid-like. The plants are growing after the brief flare of light and they are growing fast. Saved by a member of the survey team based on the dark planet, they meet Senior Tutor Bengel (Virginia Hey) with her assistants Aranda (Bethan Walker), Mirandi (Gbemisola Ikumelo) and Candelli (James Joyce) who explain the white ghosts are the fast growing plants that start to grow when light comes briefly to the normally gloomy surface. Inside the base, the Doctor and Leela discover just why the team are here and find the menace is not confined to the planet’s surface.

This has an intriguing premise and all the trademark humour and plotting of a Fourth Doctor story. The menace of the dark and the light is used well. Leela continues to be the focus of the story with the Doctor almost along for the counterpoint narration.

With a lot of misdirection about what the threat is and with Leela, using her new-found knowledge of fairy tales to make sense of this brave new world, it sometimes gets confusing. There is a short reference to what happens in the previous story, ‘King Of Sontar’, at the beginning but this can still be listened to without needing further knowledge. The education of Leela in morality continues apace and the arc is part now of this series of stories. This is a deliberate fleshing out of Leela who I remember as a rather slim and deliberately placed for the ‘dads’ character who mainly appeared as eye candy in the original show. Now she takes full part in whatever adventure they get into and starts to influence what happens, too.

With interviews and explanations at the end there is a nice bit of detail from the writer Alan Barnes on the origins of his story and also a discussion about the structure by Louise Jameson who is producing her own stories now. The guest actors also add their impressions. Virginia Hey happens to be a ‘Farscape’ alumni and Bethan Walker appeared in an episode of ‘Torchwood’. James Joyce can be heard in the new ‘Charlotte Pollard’ audio series by Big Finish. All are pretty thrilled to be working in the hallowed halls of Big Finish and ‘Doctor Who’ and no doubt pretty over-awed by the giant jelly baby and one and only Tom Baker.

There is rather cheeky scientific get-out of jail card finish here but I guess we are used to it with the pseudo-science of ‘Doctor Who’. This is another story of some depth as it considers genetic engineering, morality and hopefully invites the question, ‘What would you do?’ it also has some good scares and a throwaway ‘Geronimo!’ 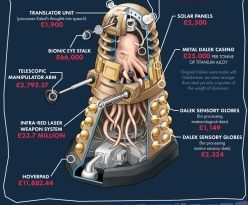 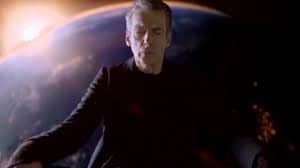