One of two ‘The World According To’ books released by Bantam Press this month, this one, as the cover below will show is devoted to the adamantium boned and clawed regenerative mutant, Wolverine, whose also acquired a variety of other names since I used to read him up until the 1990s. How much does this version have in common with the recent Marvel Comics make-over, I’ll have to leave it to you to decide but don’t expect to see the Hugh Jackman version here. Much of this book covers Wolverine’s history, powers, friends and villains. He’s in a world that isn’t nice and is the best there is at sorting it out. I can’t help but feel that not only the art here but elsewhere that they’re making Wolverine’s claws far too long. People make the mistake of thinking that they should be as long as his forearm, forgetting that they have to shorter than his wrist and elbow joint.

These book shares something in common with the ‘Vault’ books with various clips stuck into the book to give it a bit more dimension. Be careful when you look behind them because a lot of them have text beneath them. There is also a poster at the back to go on your wall.

There is an odd comment as asking diabetics if they like pricking their fingers for blood everyday. As a Type One myself, I see it as a reminder that everything is all right or I need to eat something so see taking blood as a needed activity.

I’m not sure if Matthew Manning has got Wolverine’s voice right, especially as there is nary a ‘bub’ being used. However there is a lot of useful info here for your growing sprogs that they might not know about him. The art by Stephen Mooney is fairly consistent but a lot of it is interpretative than using existing material, which I suspect would have added cost to the licensing. There is one odd picture of Alpha Flight where the ten foot tall Sasquatch must have been standing in a pit for the pose.

It does seem odd that Wolverine has not gotten the reading habit but I suspect that is to remind younger readers that life is not all fighting but need something for the inner soul should have as well.

I am surprised these books have come out this time of year because they would undoubtedly make excellent Yuletide gifts. 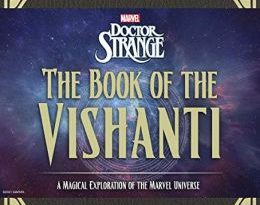 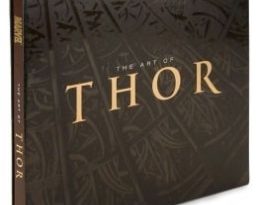 The Art Of Thor The Movie by Matthew K. Manning (book review).

The Art Of Thor The Movie by Matthew K. Manning (book review).