‘Across The Event Horizon’ may be Mercurio D. Rivera’s first book but this New York-based award-winning author is already likely to be well-known to those who read the main SF short fiction magazines, having had stories published in ‘Asimov’s, ‘Interzone’ and many other places. The fourteen stories featured here were originally published between 2005 and 2012. There’s not space in this review to talk about every story in the book so I’ll focus in on my favourite four. The collection opens with ‘Dance Of The Kawkawroons’, a thoughtful morality tale which tells the tale of a couple of humans who travel illegally to the planet of the intelligent bird-like Kawkawroons in order to steal their eggs, which contain the wonder drug Inspiration. The story is told from two points of view, that of the humans and that of the creature they steal from. The switches of perspective provide great depth for the story’s length while the twist at the end is both satisfying and humorous.

Although most of the stories collected here are recognisably Science Fiction, Rivera can also write supernatural horror as he ably demonstrates with ‘Tu Sufrimiento Shall Protect Us’. Edgar, a poor immigrant from the Dominican Republic, starts to hear horrific screaming from the basement of the New York apartment block where he lives. Except, of course, that nobody else can hear it and the block has no basement. Rivera creates a genuine sense of creeping terror, leading up to a conclusion that will live with me for a long time to come. This short story was nominated for a World Fantasy Award in 2011 and I can well understand why.

‘The Scent Of Their Arrival’ is an alien invasion story with a difference. An intelligent species which communicates primarily through scents and smells is trying to understand the transmissions coming from an alien spaceship sitting in orbit around their planet. As their leading scientists try to decode both the primary transmission and a set of fragmentary video messages hidden in the interstices within the main message, their inability to recognise or decode non-scent-based communication methods means that they do not realise, as the reader of the story does, that the human on the video message is sending them a grave warning about the primary occupants of the spaceship. Once again, Rivera uses two different points of view within a single short story to excellent effect, generating an increasing sense of threat as the reader gains information ahead of the characters and then urges them to catch up.

The longest story in the collection is ‘Longing For Langalana’. The tale is told in recollection by an elderly alien, a Wergen called Shimera, who recalls her life-long love for a human boy called Phineas, whom she befriended when they were growing up together on the colony planet of Langalana. Although every Wergen has an in-built biological imperative to admire and wish to serve any human they meet, as Shimera comes to adulthood, she truly believes that what she feels for Phineas is love. When Phineas does not reciprocate, seeing their relationship as a close friendship but nothing more, the stage is set for a fascinating exploration of the extent of free will and the meaning of love. ‘Longing For Langalana’ won the Interzone Readers’ Poll back in 2006 and was the story that first brought Rivera to widespread attention in genre circles. Seven years on, it is still a wonderfully emotional piece of writing.

I normally expect to find one or two stories that I don’t enjoy in any collection or anthology. Not so here. All fourteen stories had something interesting to offer. To me that seems like a rare achievement in itself.

I should also mention the exquisite cover, which features a beautiful painting by Edward Miller and the high quality of the book as a physical object in itself, which is a credit to the production values of NewCon Press.

Mercurio D. Rivera is a talented author with many interesting things to say and ‘Across The Event Horizon’ provides the reader with a generous cross-section of his short fiction. It is a cosmopolitan and engaging collection which suggests that he has a bright future ahead of him. I look forward to reading whatever he writes next. 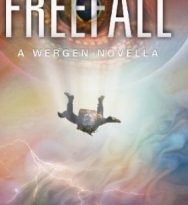