‘Quag Keep’ holds the interesting distinction to be the first ever genre novel based on ‘Dungeons And Dragons’ and therefore stands at the start of a long and successful literary tradition. Andre Norton was the well-respected author of dozens of series with ‘Witchworld’ being maybe the most well-known and a great many standalone novels. She was also a member of the Science Fiction and Fantasy Hall of Fame. The reader can therefore approach this volume with a certain amount of anticipation as befits a writer of such stature. Every D&D genre novel I have previously read shows the characters and world in situ, with the chosen background (‘Greyhawk’, ‘Forgotten Realms’, ‘Dragonlance’, etc.) being the complete and self-contained setting. Not so Norton, who novelises the idea of a role-playing game quite literally, creating the idea within the novel that the main characters are all being played in a game by individuals from another world. The fantasy characters have dim and mysterious memories of these `players’ and the all-important dice.

The plot of this book is based around resolving this situation. Why do the characters have these other memories? Who are the mysterious players? What strange magic is at work? The main narrative is told from the perspective of swordsman Milo Jagon, who is joined by six other adventures: Naile Fangtooth the beserker, Wymarc the bard, Ingrge the elf, Deav Dyne the cleric, Yevele the battlemaid and Gulth the Lizardman. Thrown together by the wizard Hystapes, they are charged with a quest to uncover and resolve the magic holding them altogether.

This sets the scene for an adventure across the world of Greyhawk, starting from the title city itself and traversing plains, rivers, mountains and, eventually, the Sea of Dust. Features of the Greyhawk setting are recognisable, such as the aforementioned sea. However, readers who are familiar with Greyhawk from other novels or role-play sources might be confused with the geography presented in the book, which does not seem to match that published later. I note that the book was written in 1978 after, as the tale goes, Gary Gygax (one of the original D&D creators) invited Norton to play in his game back in 1976. Gygax developed Greyhawk throughout the 1970s, but the first comprehensive overview of the setting was not published until 1980. We might therefore assume that Norton either based the novel on an earlier, less developed version of the setting or employed aspects of the setting in her own way as Gygax had not fully defined them at the time she played his game. As such the novel is of great value to those who are interested in the early development of D&D.

The book itself, being closely inspired by a game traditionally beloved of school and college children, is thematically pitched at that level. The violence is bloodless, evil merely sinister as oppose to horrifying and the female characters are close to being identical to the males in slightly different shaped armour. Yevele the battlemaid seems analogous to the male characters in skill and ferocity. She only seems to be differentiated in that occasionally she administers first aid, leaving the bulk of the healing to Deav Dyne. However, Norton’s experience as a writer shines through in the choice of diction and vocabulary, which is often pitched more towards the adult level. The text seems slightly odd when it is describing concepts suitable for the juvenile in more technical terms.

The writing is professional and polished, as befits Norton’s abilities. The descriptions are easily evocative, the dialogues seem realistic, and the characters’ motivations all feel plausible. But this reader can’t help but develop the feeling that maybe Norton wrote this one on quick inspiration and maybe between other projects. Ironically, it just feels a little uninspired. This feels like a grandmaster writer dabbling in a diversion and churning out a novel by the numbers.

However, this does not diminish the writing skill on display, which puts many other fantasy novels to shame. For the fantasy lover, it easily ticks the boxes for an enjoyable time sink. Furthermore, for the D&D enthusiast who is interested in the Greyhawk setting, it is almost irresistible and I cannot help but recommend it to folk of this ilk. How many readers this would be relevant to, however, remains a mystery in itself. 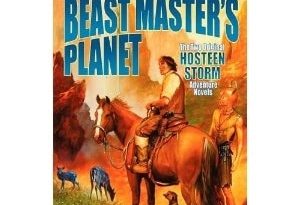 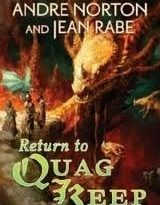