Love it or hate it, the 3D revolution and row rumbles on as the entertainment industry continues to plague us with movies that appear to lurch out of the screen in a desperate effort to keep audiences in multiplexes. We may think of this as a modern phenomena but this titanic effort has been going on since movies began as this the first of books, ‘Stereoscopic Cinema And The Origins Of The 3D Film 1838-1952’ by Ray Zone endeavours to explain. Ray Zone was a stereoscopic specialist as the blurb to the book explains. He is also a film maker and specialises in 3D comics. I think this not only establishes him as an expert guide but also as a true fan of the 3D image. It is unfortunate that he died this year.

This is a comprehensive exercise in tracing the human obsession in producing 3D images from the 1838 of the title, taking in not only the earliest experiments but also explaining how the human eye sees images and why the 3D fad is no fad. His text includes diagrams of early experiments and some photographs. It is very detailed and I suggest this is for the serious reader. I cannot do it justice here. This may because the references are mainly to films I’ve never seen although Zone does discuss the 3D version of the Lumiere’s train that was never shown in the cinema. In chapter 9, Zone illustrates that the Lumiere Brothers were very interested in 3D and actively sought to develop it which seems to indicate that even the pioneers of 2D thought it was inferior.

It’s hard to comprehend that the development of the 3D image has been going on so long and ultimately resulted in not only some amazing movies but also incredible immersive rides at theme parks around the world. Mind you, the technology is all very well but nothing beats good maintenance. I’m still sulking about the fact that ‘The Amazing Adventures Of Spider-Man’ ride at Universal Florida was broken when I went there. This ‘dark ride’ made me queue up twice before we admitted defeat. I’ve not been back.

The origins of 3D is covered extensively here and this book is not for the faint-hearted. You will learn a lot but I found it very technically challenging in places. There are lots of nuggets of interest and some surprising facts about the history of film so the book is ultimately rewarding. 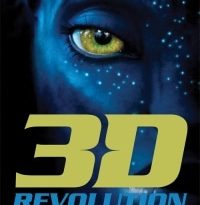