I haven’t read a prose collection of horror short stories for a while, so when C. Robert Cargill’s new book was published in mid-June, I picked up a review copy enthusiastically. For those who haven’t heard of him, Cargill is an American horror writer with three novels to his credit, the latest of which, ‘Sea Of Rust’, was recently shortlisted for the Clarke Award. He is also a screenwriter whose film credits include co-writing Marvel’s 2016 blockbuster ‘Doctor Strange’ and the horror films ‘Sinister’ and Sinister 2’.

‘We Are Where The Nightmares Go And Other Stories’ collects together ten stories ranging in length from flash fiction to novella. I’ll deal with them in the order they appear in the book.

First up is ‘The Town That Wasn’t Anymore’, a novelette about a town in West Virginia which has never recovered from a horrific mining accident, several years earlier, in which over 180 locals were buried alive. The few people who still live there dread the nights, when the disaster comes back to haunt them. This is an impressive start to the collection. The story unwinds in a quiet, understated way, while the characters we meet deal with their awful situation with a level of resignation and calm that makes them truly admirable.

The collection’s title story comes next. A little girl wakes up in the middle of the night, notices a tiny door in the wall beneath her bed and decides to see what’s on the other side. That’s a big mistake. She finds herself in a dingy dreamland, filled with children like her that have made their way in but can’t find a way out. Does she have what it takes to succeed where they have all failed? Cargill successfully walks a fine line here, telling a tale that is full of menace but keeping most of the true horror off-stage, enabling our innocent young heroine to deal with her situation with remarkable self-possession. Perhaps the story works so well precisely because the awful implications of her situation are less clear to her than they are to us, the reader.

‘As They Continue To Fall’ is a short story about a homeless man, known as The Walker, who spends his nights patrolling his city, gaining revenge on the supernatural creatures that, apparently, only he can see. Are they real or just a figment of his imagination? This is another measured piece which builds slowly but surely to its almost inevitable conclusion. Dark but very satisfying.

‘Hell Creek’ is probably the oddest piece in the collection. This novelette takes us back in time 65 million years to the last days of the dinosaurs, suggesting that the asteroids which wiped out most life on Earth didn’t just do so through fire, brimstone and a nuclear winter, but by bringing a zombie apocalypse to the Earth at the same time! We see what happens next through the eyes of a remarkably clever Triceratops as she tries to avoid landslides, fire pits and zombie Tyrannosaurus Rexes. The story is a zany mash-up of several subjects that really shouldn’t work together. Yet, somehow, Cargill manages to make it all sound entirely reasonable. Ultimately, though, my guess is that this will be a bit of a Marmite story, which some people will love while others hate. Since I’m a huge fan of dinosaurs and zombies, you can put me in the former category.

What better way to follow a story about a prehistoric zombie apocalypse than with a modern one? ‘Jake And Willy At The End Of The World’ is a short story about two rednecks drinking a few beers and shooting the breeze in their shed while waiting for the world to end. An icy comet is due to pulverise China shortly, with the end of all life on Earth a likely consequence and this news seems to have tipped many in the local town into a murderous rampage. Our two heroes, however, are made of sterner stuff. The way in which they take the mickey out of each other while discussing how best to deal with the approaching horde is a wonder of narrative excellence.

‘The Last Job Is Always The Hardest’ brings together Brian, a religious extremist who wants to teach the rest of America a lesson, with a larger than life figure sat opposite him on the train who seems to know all about Brian’s murderous intentions. Yet, despite this, he shows no signs of stopping Brian. So what is his game? The plot of this piece represents quite a departure from the more standard horror tropes we’ve seen so far but it tackles many of the same issues of life and death, guilt and innocence through a different lens.

The shortest piece in the entire collection, ‘Hell They Call Him, The Screamers’ is also the most explicitly violent. I wouldn’t recommend that you read these four pages immediately after eating. Nonetheless, the story works well, painting a brutal, explicit and shocking picture then bringing it rapidly and satisfyingly to an unexpected twist ending.

The next story was originally written for an anthology of pieces set in the universe of Clive Barker’s 1990 film ‘Nightbreed’. ‘I Am the Night You Never Speak Of’ follows a humanoid monster as he preys on others, gaining sustenance by seducing and encouraging them into all sorts of carnal pleasures, the more extreme the better. Each such attack used to keep him sated for weeks, but these days the effects barely last for days. When he finds himself in a crummy bar in Middle America, what can he persuade one of the lonely customers to do in order to get a decent payoff for once? What I enjoyed most about this story was the undercurrent of dry humour, which transformed what could otherwise have been a cynical and manipulative piece into something unexpectedly thought-provoking.

‘A Clean White Room’ was written jointly with Cargill’s screenwriting partner, Scott Derrickson, who also directed the ‘Doctor Strange’ film. The novelette is set in a creepy old apartment block, whose superintendent has the unenviable job of finding out why each of the residents has done the evil things they have been accused of by his boss, using all means necessary. The superintendent doesn’t like or enjoy his job but, if he does it well, he’s been promised a reward, wiping the slate clean of all the awful things he’s done in his life. Can he go through with his orders? The strength of this piece comes from the simple, direct way it’s told. There is confusion and brutality at times but the author plays fair with the reader throughout and the conclusion is oddly satisfying.

The novella which closes this collection, ‘The Soul Thief’s Son’, features Colby Stevens, the protagonist of Cargill’s first two novels. It is steeped in the myths and culture of the Australian aborigines and sees Colby investigating the recent murder of his friend Mandu, a shaman or ‘Clever Man’. Colby has to visit Mandu’s successor, Jirra, who tells him that the answer to the question of who killed Mandu can be found by revisiting Colby’s youth, when he first met Mandu and made a tragic mistake. What follows is a fantastical adventure which uses Aboriginal folklore to illustrate fundamental questions about good, evil and the nature of free will. There is a depth and complexity to this story which makes it feel completely authentic. Allied to Cargill’s ability to make his characters live and breathe on the page, his plotting and control of pace makes this a highly effective piece.

Cargill has collected here ten diverse stories which are united by his natural abilities as a storyteller. The pieces are by turns fascinating, horrifying, creative, amusing and, above all else, extremely entertaining. If, like me, you’ve not read any of his fiction before, this collection looks like a brilliant introduction to the work of a highly talented writer. 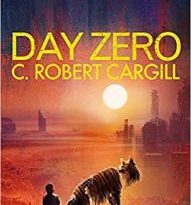