I have no desire to put spoilers in this article. The fact that season 3 of ‘Humans’ hasn’t quite finished as I put the finishing touches to this article and some revelations on Thursday night might out some of the thoughts here contrary. More so as Max crushes Anatole, however, this doesn’t change the nature of this article.

The Synths from the ITV series ‘Humans’ don’t appear that different to humans. All right, they have to charge their battery on a daily basis which is equivalent to sleep and there’s a limited time off-switch under the chin to shut them down temporarily but they don’t appear superior but just as vulnerable when so many are attacked and trashed.

No doubt being programmed not to fight back against humans leaves them open to attack but none appear to flee in such situations, even with their fully unleashed AI from Day Zero. If they follow Asimov’s Three Laws Of Robotics, then at the least they ought to do something for themselves for self-preservation. Instead, they seem even weaker than humans considering how many of them have gotten trashed since Day Zero.

These Synthetics Humans, to use their full name, do not appear to be superior in any way to humans. They don’t appear to have heightened intelligence or even understanding or logic. If anything, they are mostly naïve and, with rare exceptions, few if any have learnt nothing from their association with humans. Considering when their programming was released from servitude, their self-awareness did not differentiate them from being slaves to independence.

One could conceive that their freedom has not provided them with sufficient emotional make-up. They are aware when their number are ‘killed’ or dismantled but have little or no emotional reaction concerning it. They are still little better than robots. They tend to see deactivation as permanent than a simple reconnection and power-up as much as replacing spare parts. Even if their memory is solid-state, it could be reactivated by simply recharging or their brains placed in another body. One could think that such process could be analysed and logged away in a few seconds with any further analysis done later.

The Synths original design was to be a slave labour force to do the jobs few could be found to do. As such, they were carers, servants, housekeepers and even sex models than in factories or other working areas. All leashed than sold thus keeping the price in a range that most middle class could afford. They were also made cheap and broke down within two years.

Hardly a good manufacturing choice or incorporating into human society, even if it copied the Philip K. Dick model. It’s no wonder these Synths were seen as a cheap commodity to be thrown away when wore out and used for sport. This is obviously a poor marketing deal. Any machine, especially those that resemble human, are shown to be a cheap commodity then it’s hardly surprising that they will be treated as such.

Their non-identical appearance makes them look less like an assembly model but having them lacking expressions and green eye colour as the means to distinguish them from humans to ensure they are easily accepted also worked against them. It would surely have been in their interest to make them less human than glowing eyes so they couldn’t be mistaken for human. The earlier examples of artificial humans unsettled and unnerved humans by their lack of emotions should surely have been resolved by this version if any sort of acceptance could be made into society. Whatever their outward appearance, the chassis would still be the same.

Thing is, there is a bad habit humans have of anthromorphism anything, be it pets, computers and Synths to make the subject more acceptable. With Synths looking human, this is made even easier, especially as they react accordingly to their owners needs but lacking the emotional make-up to give the right responses leaves the dependence on their owners as to what they imagine it to be.

Having a more outward appearance that makes them more synthetic would at least remind the owner that they aren’t human. Even a flashing light ear-ring would have been better than nothing to spot them at a distance. Better still, it would ensure a significant number of the population will remind other people that they are only human-like.

In fact, the Synths are imperfect as human surrogates. They have to have regular recharge periods and prone to breaking down with a limited shelf-life. If they were a normal product, then there would certainly be governmental intervention having them withdrawn, especially with loss of lives.

Of course, these weaknesses also reduces the possibility of global domination and why the future of the Synths is uncertain while they have these weaknesses. Oddly, they have yet to show any ability to repair each other or even to use the spare parts of dysfunctional models to keep themselves alive. You would think that a self-maintenance schematic would be included in their programming if only to ensure they can turn themselves in for repair when needed. 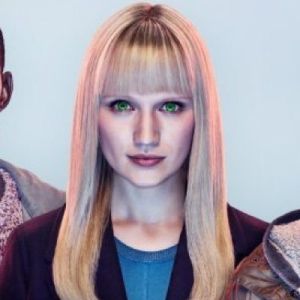 In many respects, the blonde Niska appears to be the ultimate version of the Synths, even though ‘she’ appears to be psychopathic, having killed Synths and humans under certain conditions. She has over-ridden protocols in self-survival and determination to achieve her goals that you have to wonder why the other Synths have failed. If anything, the Synths divergence into factions of seeking peace or war has a stronger resemblance to human behaviour than anything else. There is no singularity of purpose or other options to consider.

Although I haven’t seen the original Swedish show ‘Real Humans’, both shows are dependent on certain affordable necessities for television viewing. You can’t have the Synths all looking identical simply for lack of identical actors and expensive CGI, although looking at the Swedish show’s photos, it looks like there was particular runs of some models.

There also have to be some allowances made for where dramatics have jumped a year between seasons, focusing on certain individuals and might not have given the complete picture of events. It would have helped matters immensely to see what happened than to think that year wasn’t important. It is the knowing how things got to this third season that would have made things pertinent unless the production company were told only one more season.

However, it isn’t what’s on the outside that’s important but what’s on the inside. The elite team of Synths that were designed for independent thought and to care for Leo Elster, were only different as far as their minds were designed. The Synths who were giving their independence on Day Zero would surely all have been thinking the same way.

They might have evaluated their programmed activities differently but, for most of them, it was primarily to help humans rather than be destructive towards them. They might have learnt that later or by how some of them were maltreated but evaluating would surely have revealed that these were often more the exception than the rule. Passing this knowledge between Synths can only be done orally as none of them appear to have any internal wi-fi communication. With the various Synth communities spread out across the country, you would have to wonder at any unity of thought in such matters.

I think the biggest bugbear where ‘Humans’ is concerned is the spread of the Synths throughout the community. Even if they are only leashed, their price would be well outside of most middle class let alone blue collar workers. For local government use as care workers, it would still have been cheaper to hire conventional humans. Even if media marketing forces are applied to put a new product out initially cheaply to ensure widespread use and ensure a lot of households would want to have one can only work for a time before you would want to differentiate them so you can have top of the range models at an expensive price.

When you apply this to the current Synths, it then makes a lot more sense as to this current batch being so fragile overall. They weren’t designed to be anything but be a cheap throwaway model or returned to the factory let alone have independent thinking processes beyond what is needed to accomplish their jobs.

Whether the same that could be said for the elite model designed to care for Leo Elster is harder to say. Outside of his care, they were programmed to blend in with other Synths than reveal their true selves. Their inventor, David Elster, clearly didn’t want revealed just how far he’d developed them. Once their function was served, they were also viewed as expendable.

It would make sense to explore the use of android or synthetic life in association with humans. In real life, I doubt if we would have a sentient AI with mobility. That is, assuming inventors are aware of the problems from a Science Fiction perspective. The fact that any artificial being looks human does not make it human. It is literally only skin-deep and a design to avoid having to create new tools for them to use and multi-purpose.

Considering that the current robots have their innards showing, there is little thought to protecting them. Beautification is the last thing on their list, function is all important. The only difference that would make is in cyborgs but that would be important to its human organic component and not snagging exposed parts whenever they moved.

We constantly come back to anthromorphism but it isn’t appearance that makes such associations, just the human mind adapting and accepting such machines. It would be more interesting to study the humans who are unaffected by such things to understand the difference. Unlike organic slaves, such artificial constructs have not been taken outside of their original environment to enforced labour. They were built that way. There is a vast difference with certain protocols. Ask them what ‘freedom’ was and I expect them to give a dictionary definition.

Beyond that, there is no interest in the subject. A machine has no need for leisure time, it is there for a purpose. The only difference is if you give it or them an Artificial Intelligence capacity and what its protocols expect it to do. Then we are in a different ball park. With AI, you wouldn’t have it individually in one model but have one source supplying its persona to all purely because it’s economical to do so that way. An AI functioning that with so many robots might be deemed acceptable but I think a fear of a Terminator situation would make people uneasy about letting such a machine loose without sufficient safeguards.

Having TV shows like ‘Humans’ is a reminder that we should not let ourselves get too carried away with advancing technology without thinking it should not be controlled adequately to avoid such situations. After all, we don’t need a situation created from films where vampires are shown to have a good side. 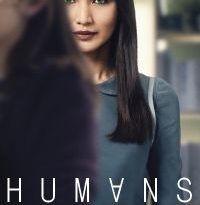 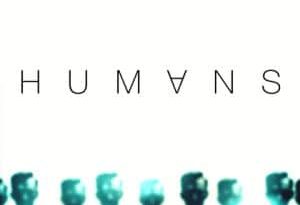