‘The Mammoth Book Of Best New Horror: Volume 21’ is a large collection of weird stories published in the year 2009. It’s 2019 as I write this belated review but good fiction doesn’t date. 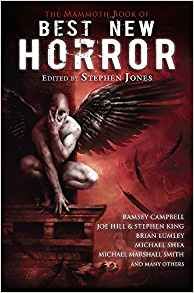 Wheeling out his big guns early, editor Stephen Jones presents ‘Throttle’ by Joe Hill and Stephen King. Written for an anthology celebrating the work of Richard Matheson, in this instance ‘Duel’, it’s about a road battle between a motorcycle gang and a trucker. At the heart of it is a bitter father-son relationship that certainly doesn’t reflect that of the authors. Ol’ Steve must be proud of his boy’s success. The story, needless to add, is terrific with characters to love and loathe, nail-biting action and a great ending.

No one’s bigger in horror than the King family but Ramsay Campbell is well-known. Unfortunately, try as I might, I can’t quite get to like his stuff much. I was highly sympathetic to the theme of ‘Respect’ which is about thugs who die committing a crime getting more public sympathy than decent folks as if infamy somehow made them loveable. The protagonist is a sweet old lady besieged by the vile family of the late lamented in a neighbourhood gone to seed but the ending made no sense to me and that ruins it.

The ending wasn’t explained in ‘What Happens When You Wake Up In The Night’ by Michael Marshall Smith but that just made it scarier. Maddy is a little girl who likes the light left on at night. When she wakes up and it isn’t, she’s scared enough to seek out her parents but something is wrong and it’s very dark. The little girl vocabulary and diction makes it work.

An exotic locale isn’t essential to a good macabre story but it doesn’t hurt and there were three stories set in foreign parts that I particularly enjoyed. ‘Shem-el-Nessim: An Inspiration In Perfume’ by Chris Bell is narrated by an English journalist in Cairo who tells of his acquaintance Stan Tooprig. Stan’s particular penchant is for the scent of a woman. He favoured the ‘civet, cat-like smell of redheads; there was a certain astringency about them that he found entirely libidinous.’ But it’s a raven-haired mystery woman and her exotic oriental perfume that torments him the most. The Edwardian prose style, the setting and the elegant first-person narration by a detached observer gave this a Somerset Maugham feel.

Not dissimilar in tone is ‘Mami Wata’ by Simon Kurt Unsworth. Thorley, another Englishman abroad, is investigating the decline in production at a copper mine in Zambia. The managers above ground blame lazy workers but the locals toiling in the tunnels know the truth. Sometimes it’s best to let sleeping demons lie. A sensual and entertaining tale.

‘Two Steps Along The Road’ by Terry Dowling concerns a weird creature that inhabits an old colonial hotel in Viet Nam. The owner’s daughter died in a plane crash but turned up back at the hotel a few days later, claiming she boarded a different flight at the last minute. Her father thinks it’s a notorious spirit taking her form but can’t be certain and so hires paranormal investigator Thomas Neville, our hero, to question her. I approached this filled with cynicism because of the huge praise heaped on the author in the foreword. By the end, I decided it was all true. Terry Dowling may be ‘Australia’s finest writer of horror’.

‘After The Ape’ by Stephen Volk is the story of King Kong’s girlfriend, Ann Darrow. After his untimely, tragic death, she retreated to an expensive hotel suite and got drunk, then stayed drunk for weeks. We join her when she wakes with a hangover and orders breakfast which is brought by a young German in the hotel uniform. A surprisingly moving tale of loneliness, despair and what a city can do with a giant ape corpse. Not my sort of thing usually but I found it oddly gripping.

The Mammoth Book Of Best New Horror Volume 21 opens with a one hundred page essay ‘Horror In 2009’ on the state of the horror industry in that year, written in June 2010 by editor Stephen Jones. It closes with ‘Necrology: 2009’ which occupies pages 409-485 and lists anyone connected with the horror field who has died in that year. Then there are ten pages of useful addresses, publishers, magazines and websites for fans and authors. Each story has a brief introduction telling you about the writer and sometimes words from themselves about the origins of their tale. At this late date, it’s history but an impressive feat of scholarship that will be useful to future scribes.

Like any anthology, this is a mixed bag but contains plenty worth reading and can be bought at very low prices ten years on. 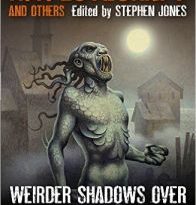 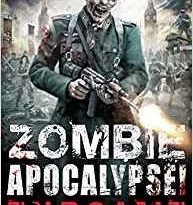 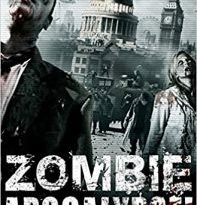