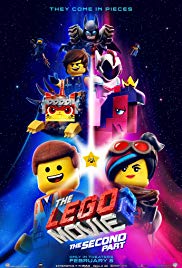 Well, ‘The Lego Movie’ film franchise can at least say that it had its playful run throughout the years since the original blueprint became a sensation back in 2014. This is not bad for a popular toy-turned-desired movie series that incorporated its winning charm, imagination, and wit to adoring audiences. ‘The Lego Movie’ pretty much raised the bar as far as delivering captive and festive animation entertainment.

The delightful spin-offs also left us wanting more adventures from the offering of ‘The Lego Batman Movie’ and ‘The Lego Ninjago Movie’ from 2017. However, even these lovable Lego yellow toy pegs can start to overstay their welcome after a certain point. The latest installment in director Mike Mitchell’s (‘Trolls’) ‘The Lego Movie 2: The Second Part’ may be starting to show some wear and tear in its kooky conception.

Thankfully, there is still some off-kilter playfulness and irreverence left over to convey the nutty-minded relevance of the Lego landscape. ‘The Lego Movie 2: The Second Part’ has clearly lost a step or two but some of the devoted kiddies and oldsters alike should still find some escapist kicks from toy hipsters.

The action picks up from the aftermath of the first film. The premise involves leader Emmett Brickowski (Chris Pratt) and his cronies confronting their latest challenge, the pesky Duplo invaders have arrived in Bricksburg and looking to create some colorful havoc. The arrival of these planetary pests allows Emmett to explore his adventurous side and become somewhat reflective in the process. It is reassuring to know that most of the gang is back into the fold including the likes of Lucy (Elizabeth Banks) and breakout star Batman (Will Arnett).

Of course, the craziness develops when poor Lucy and Emmett have a fall-out with one another. Lucy feels that Emmett needs to be more assertive and reassured. She wants him to be confident and hands-on. Things do not improve upon the arrival of the mysterious General Mayhem (Stephanie Beatriz) from Systar System.

Additionally, the jeopardised Lucy and the other notable characters are abducted and have to face the wrath of that territory’s iron-clad ruler Watevra Wa’ Nabi (Tiffany Haddish). The weary travelers are trapped and in need of rescue. Thus, the question remains: can Emmett rise to the occasion and save his associates from the cosmic misfits looking to escape the clutches of Watevre Wa’ Nabi and her loyal minions?

Indeed, Emmett will get his golden chance to prove to Lucy and the bunch that he has the gumption to be Bricksburg’s ultimate savior. It certainly does not hurt that he has in tow the cocky and macho-minded Rex Dangervest (Pratt), the type of guy that Lucy finds comforting in all his manly ways.

Perhaps ‘The Lego Movie 2: The Second Part’ has too much in terms of overload. It certainly feels cluttered, given all the possible plot twists. Screenwriters Phil Lord and Christopher Miller are back at the helm for the writing and manage to concoct some of the familiar flavor of feisty frolic so identified with the Lego legend. But by the same token, everything seems so over-stuffed and meandering.

Still, the shifty jokes that range from social media enthusiasts to corporate licensing ordeals are slickly received, by the grown-ups anyway, while the nonsensical elements of the peppy plastic playthings will register with the youngsters maintaining their giddiness for this festive gem. The laughs feel somewhat strained and do not seem as effortlessly manufactured as the predecessors’ foundation of funniness.

No doubt the star-studded voice-over performers and their on-screen Lego personas are the factors in the high-spirited shenanigans at large. The laundry list of who’s who is quite impressive. The energetic flow, although choppy at times, is quite serviceable. Pratt’s Emmett and Banks’s Lucy are surprisingly three-dimensional in their romantic angst.

Sadly, a few of the characters that we would like to see stand-out more, most notably Arnett’s scene-stealing Dark Knight, are restricted making us feeling deprived. Topical themes touch upon include troubled adolescence, self-discovery, romantic expectations, bravery and parental guidance, all with a time travel theme that is ready-made to soothe the curious rug rats.

Although uneven and mildly repetitive, ‘The Lego Movie 2: The Second Part’ still is ambitious and crafty in its bid to build bombastic blocks of sharp witticisms aimed for the wonderment of those holding an affinity for the previous Lego outlets.

The Lego Movie 2: The Second Part 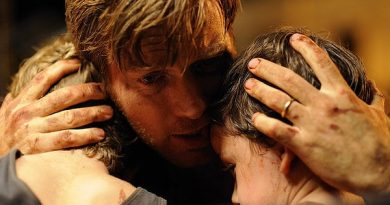 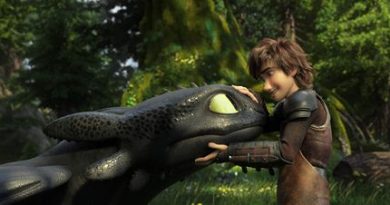 How To Train Your Dragon: The Hidden World [2019] (a film review by Frank Ochieng). 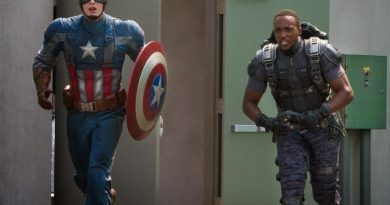