‘Star Wars: The Clone Wars: No Prisoners’ is part of a mini-series within a franchise, hence all the colons. It’s set during the Clone Wars and again focuses on Anakin Skywalker, his Padawan Ahsoka, Captain Rex of Torrent Company and the troops. In fact, Anakin barely features this time and most of the focus is on others. The cast also includes Captain Gilad Pellaeon and his girlfriend, Hallena, a spy. Anakin wants a couple of days off to spend with his secret wife, so he sends Rex, Ahsoka and the troops to an assignment aboard the assault ship Leveler skippered by Gilad Pellaeon. His girlfriend, Hallena, is on a secret mission to a planet called JanFathal, a tyranny ripe for revolution that may be about to go over to the Separatists, once they help the revolutionaries. Hallena gets in trouble and just to prove that coincidences can happen even in a galaxy far, far away, the Leveler is the nearest ship available to help and Rex and his men must make an extraction. Fortunately, perhaps, there are some Jedi nearby who will be able to help. Unfortunately, they are a different sect of Jedi who do not follow the ways of Yoda and dare to get attached to each other, even married. Padawan Ahsoka has some difficulty with this.

That’s given away enough of the plot, on to character. There is some character here as Karen Traviss is good at inserting those little thoughts and observations which distinguish one sentient from the next. Rex is a very likeable chap, loyal to Skywalker and devoted to his troops. The other clone troopers are almost fresh from the vats or wherever they come from and this is their first experience of combat. They are slowly becoming individuals. Padawan Ahsoka is endearing. Anakin Skywalker is in a permanent sulk about Jedi rules he doesn’t like and his dark future casts something of a shadow but he’s by no means despicable. The Jedi who dare to get attached are an interesting bunch and might merit a mini-series of their own.

Karen Traviss is a very good writer, almost too good for this material. She puts in all the technical jargon about guns and devices and handles the action very well. But she brings a bit more life to the characters and that’s what makes the book. If a fan is a fanatic then I’m not really a ‘Star Wars’ fan. I quite like the films but the bits that pander to the kiddies are mildly irritating (Jar Jar Blinks!) and there’s no profundity to them. As action movies and space opera, they’re fine. I enjoy them. However, a writer like Traviss, given the space a novel affords, can add a bit more depth to the saga. Real fans who would buy Luke Skywalker’s laundry list will buy this anyway but I can heartily recommend it to the more casual reader too. You might be pleasantly surprised. 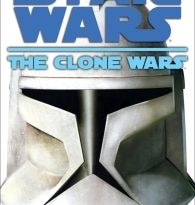 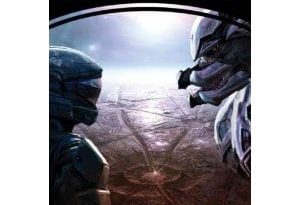 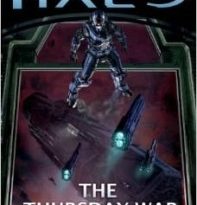