There are lots of ‘Dune’ books now. I read the originals by Frank Herbert up to ‘God Emperor Of Dune’ but gave up on the next one half-way through, bored with the complicated plot. Brian, son of Frank, has since teamed up with Kevin J. Anderson to write many more, which I’ve avoided on the simple principle that reading them all of them would take too much time. However, this was available for review and I thought I should give them a chance. ‘Sisterhood Of Dune’ is an epic story with many characters and multiple narrative viewpoints. The first person to get our attention is Manford Torondo, legless leader of the Butlerian movement. The machine masters of mankind have been defeated long since but there are many derelict spaceships left with evil machinery on board, perhaps even the most terrible of all, thinking machines. Manford’s many minions are dedicated to destroying the last remnants of computer technology.

Next up is Reverend Mother Raquella Berto-Anirul, the first Reverend Mother ever and leader of the Rossak school, the Sisterhood of the title. Since that is the case, you might think she would be first narrator but, in fact, the book, like most ‘Dune’ books, is about all the special interest groups in the space opera and the title is a bit misleading. Anyway, Raquella is training up her ladies to achieve their full potential and then assigning them to noble houses and important organisations throughout the empire, the better to breed with desirable gene holders. Her big secret is that the breeding records are computerised. Manford will go ape if he finds out.

Then there’s Vorian Atreides, long-lived hero of the Butlerian jihad, now living a quiet life until slavers kidnap his family. Griffin Harkonnen is trying to restore his family’s fortunes through the difficult business of whale fur trading on a desolate planet and missing his sister, Valya, who is on Rossak with the sisterhood. Josef Venport, meanwhile, head of a huge commercial shipping corporation, needs more spice from Arrakis to feed his expanding number of mutated Navigators and make new ones who can fold space to traverse the 13,000 worlds of the empire. He wants more ships, too, and would like to use the old ones that the Butlerians keep destroying. Like the Sisterhood, Gilbertus Albans, head of the Mentat school, has a dark secret. Emperor Salvador Corrinno is beset with anxieties, Manford Torondo’s fanatic hordes not least among them.

All these competing factions with their different aims and visions are bound together in a complex plot. Most of them are ruthless and use torture, unfortunately, to gain information. I don’t like torture in stories. It’s not lovingly described here but I still don’t like it for it seems to me a cheap way of making your villains seem more villainous. It is realistic, however, in that powerful people have always used it. Bear in mind that the single-minded, purpose-filled personalities in this sort of yarn are not like you and me. Well, not like me anyway. They’re not focused on a happy family life, some mild pleasures and being a reasonably nice guy or gal. History and the daily news tell us that this is how powerful people behave so in a way the novel is realistic. However, there are very few of the characters you would invite round for tea

Although it’s obviously Science Fiction, the structure and the plotting are like those of more realistic epics. The rival interests, the scheming, the revenge motive and so on reminded me of ‘Tai Pan’ and ‘Noble House’ by James Clavell, two excellent historical novels that are great entertainment. ‘Sisterhood Of Dune’ is not as good as those works. It is entertaining as a plot but there’s something lacking and, only when I went on to read another book, did I realise what lacked, namely, humanity and humour.

The only remotely likeable characters are Vorian Atreides, Griffin Harkonnen and the Emperor’s brother, Roderick. Everyone else is so one-track minded as to be certifiable. Not only that but there are none of the little incidents or thoughts that a good writer puts in to make a character sympathetic and there is absolutely no humour whatsoever. Moreover, the worship of power by virtually all the characters and the striving for superiority, whether by breeding, training or scheming, smacks of a fascist mindset.

Mind you, this is all true of the original ‘Dune’ books as well but the ideas were interesting so it was good Science Fiction. Having the same ideas recycled over and over again is simply good publishing. ‘Sisterhood Of Dune’ has a neat plot, the writing is generally efficient, the story will keep you reading. I don’t regret the experience but I’m not sure I want to repeat it.

check out websites: www.tor-forge.com and www.wordfire.com 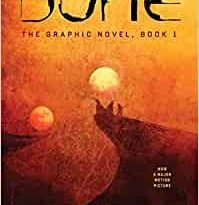 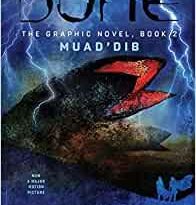 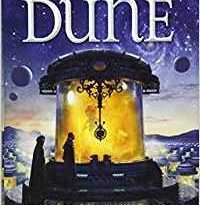 Navigators Of Dune: Book Three Of The Schools Of Dune Trilogy by Brian Herbert and Kevin J. Anderson (book review).