The literal final volume of ‘The New 52’ version of ‘The Legion Of Super-Heroes’ is an all out confrontation between the LSH and the Fatal Five, probably their most dangerous opponents. Tharok, their leader, has hit the United Planets where it hurts, their technology, and turned their quantum connectors against them, giving the LSH an impossible task to beat as the various planetary populations die or turn against them. It’s hardly surprising that there are a lot of fatalities and serious injuries as well as a lot of cameos. Unusually, for a DC ending, there are few smiles at the end when the United Planets has the LSH closed down at the end and it explains the odd reaction the lost legionnaires from ‘Legion Lost’ had when they briefly returned to the future and found things weren’t the way they remembered it. Devastating in fact which is probably why they thought they jumped ahead of their own time. Certainly, there was no ‘Long Live The Legion’ at the end and not even an explanation from the comicbook creators as to the final fate of cancellation, unless that happened in the regular comicbook version.

Saying too much more than that would only be spoiler. Considering the number of times the LSH had saved the United Planets, the decision at the end seems a little heartless. However, when you consider DC Comics has 52 alternative realities out there, a flip of the coin to the next one could one day bring them back again to a new generation. Look what that did to a certain mutant team competition back in the 70s. Weirder comebacks have happened, it’s not that long ago that a version of the LSH was out there in animation.

I suspect that this is the kind of book you’ll go away from a little shocked and come back and look at again. I absorbed the fact that a reluctant Phantom Girl was in the running to be the new leader but less so that there were a few pages showing she won because there was so much going on. Even so, you would have thought there was some regulations for a crisis like this or the previous leader assisting the change-over. Poor Tinya didn’t have a chance suddenly being chucked into the driving seat as this disaster happened.

If you were a Legion fan and want to see the end of this continuity, then you need to read this book, especially as there are few copies left. 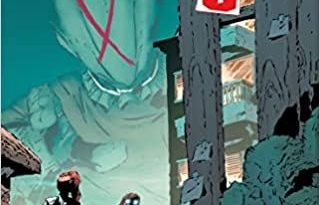 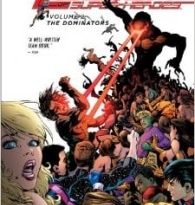 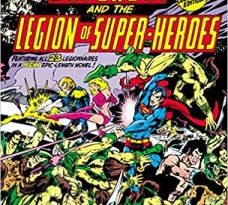