In isolation, the music from the 2013 film ‘Gravity’ sounds very chaotic, as indeed it should considering the plight of Ryan Stone (actress Sandra Bullock) has in the story in being marooned in space. As always with screen music, the composer has to match beats with what is shown on the film and ‘Gravity’ allows few respites to ease the tone down. It isn’t until the fourth and longest track, ‘Don’t Let Go’, that it hits into melancholy. When it gets to the ‘Aurora Borealis’ track, the reduction in instruments leads to a better feeling of survival but in isolation. Considering the long stretches where Stone had no dialogue, it’s hardly surprising that Steven Price’s music conveys much of the mood of the film. Probably the closest thing to a proper musical track is the final one, ‘Gravity’, which is used with the end credits.

This is certainly an odd soundtrack. I suspect it’s better in film context than divorced on a CD. However, if you’re determined to get everything associated with ‘Gravity’, then you can be assured of it here plus there are no pop tracks to shake the mood it is determined to set out.

The eight page booklet is film stills with nary any text plus thank you’s and credits. Don’t forget, it’s a long way to fall from space. 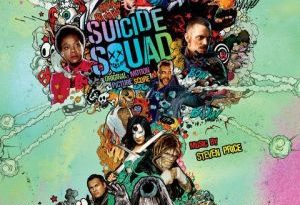