First, I must confess when I started this review I had not yet seen the ‘Suicide Squad’ film, so it was without any prior knowledge that I pressed play. So I listened to this score as a piece of music, hoping that it could transcend its source material and work on its own the way a great score can. Sadly this was not to be. The score began with the track ‘Task Force X’, building from stirring strings and lone piano into a taught, strident rhythm that really meant business. It was a strong confident opener and one that really raised my hopes for the rest of the score.

The next track was ‘Arkham Asylum’ and it did sound exactly as I thought it would with swirling strings that created a sense of mystery and put me in mind of Danny Elfman’s score for the original Michael Keaton ‘Batman’ (1989). However, without themes it was instantly forgettable and began the slow slide down hill this score took.

The next few tracks came in a flurry without any discernible linking themes and my growing unease with this score began to took root. Track after track of drones and strings erupting into similar beats before bedding down into more string pads. After a while, this score began to sound like it could have been from any blockbuster from the last 10 or even 20 years. I was hoping that with all the many characters in the film, the score would be an eclectic mix of styles representing the many differing personalities. Instead, many of the tracks on offer here sound like they have been culled from a library with little to do with the film. For example, after yet another round of strings and beats, I looked up the track name to find I was listening to a track called ‘Harley And Joker’. I have to be honest and say that nothing I heard put me in mind of either of those two characters. I would have thought a character like the Joker alone would offer a chance to really go crazy and felt like a really missed opportunity.

The score uses average and obvious sounds. All standard blockbuster fare with nothing to stand out and grab the attention. With no discernible themes or risks with the instrumentation, there really is nothing that will stick in the mind. I would have liked to have seen each character with their own theme, the film features characters from such diverse backgrounds, none of which are drawn on. As a listening experience, it quickly became flat and very repetitive.

In conclusion and having now seen the film, I must admit this score makes even less sense as very little of this music is used in the film at all! I do not know if the director lost faith in the score but many of the scenes mentioned here had popular songs over the top of them. One which springs to mind is the track called ‘A Serial Killer Who Takes Credit Cards’ which when that line is actually said in the film had something else entirely playing underneath it was a song but unfortunately I cannot remember which. In fact, the only track I heard from the score I was given was ‘Task Force X’.

I would say if you enjoyed the film and are looking for something to evoke the memories then this score is not it as most of it has only a passing nod towards the film.

There are far better scores out there and I would avoid this one. I feel, like the film itself, this could have been so much better. 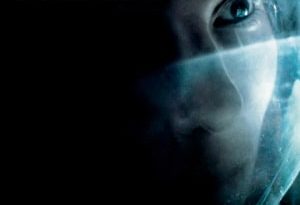