From the early 1970s, here we have a Hammer production horror, ‘Countess Dracula’, released as a Blu-ray in glorious high definition and colour. Probably one of the main reasons for its release is its Hammer label which immediately conjures up all sorts of images in the mind and promotes its purchase as part of a collection. Beware, however, if you are not familiar with the movie because it has nothing to do with vampires, no stakes involved I’m afraid, so don’t expect van Helsing to make an appearance. The director was the Hungarian Peter Sasdy who probably had a hand in conjuring up the story which was based on the real-life story of Countess Elizabeth Bathory, a Hungarian noblewoman who lived in the latter part of the 16th century. It is reputed that she was one of the worst serial killers in history with maybe 600 victims to her name. Most of them were young women, killed so that their blood could be used to invigorate her body and, in true Hammer style, she ended her days being bricked up in her room. The movie is very similar and revolves around the Countess Nasasdy, a bad-tempered and ageing widow who accidentally discovers that the blood of a virgin girl when applied to the skin takes away the wrinkles and makes her look 40 years younger.

The movie commences with the reading of a will. Countess Elizabeth (Ingrid Pitt) is left with the castle and money while other associates, including her long time lover, Captain Dobi (Nigel Green), the soldier Lt. Toth (Sandor Eles) and the librarian Fabio (Maurice Denham) all receive bits and pieces for their services. When the Countess discovers the deadly secret to eternal youth, she persuades Captain Dobi to help to secure a never-ending series of victims in order that she could continue to canoodle with the young Toth. As you would expect, the effect of the blood quickly evaporates, so necessitating the procurement of yet more victims. With plenty of whores in the vicinity, it was unfortunate that only young virgins could apply for a short-term job in the castle.

Predictably, everything goes pear-shaped. With more and more murders taking place, people begin to wonder and suspect something is wrong so enabling the movie to continue on its tragic sequence. Actually, as movies go it’s okay. The acting is good, likewise the picture quality and direction but the story is a big letdown and it quickly becomes a tedious bore. As with many Hammer productions, there are plenty of buxom girls displaying large boobs which alleviates the boredom somewhat. Even Ingrid Pitt indulges in plenty of flashing. Then you begin to wonder, the stuff is over 40 years old and all the actors are most likely dead. Certainly, Ingrid and the other leading stars are no longer with us. Voyeurism from the past!

Blu-ray editions usually come with plenty of extras and in this case we have the following: an audio commentary with Ingrid Pitt and horror experts, Kim Newman and Stephen Jones, a news feature about Hammer, a trailer and an episode of ‘Thriller’ and also ‘Conceptions Of Murder’. There is also a booklet available. These additions while good may not necessarily be worth what the extra price of a Blu-ray will cost.

Unless you wish to collect Hammer movies in high definition Blu-ray, then there is probably little else to recommend this product. As mentioned, the acting is good and the cinematography is more than adequate but the story is very predictable and becomes boring. Forget the fact that it’s over 40 years old because there are plenty of other movies of this age and even older which still make them worthwhile but this one is a bit of a letdown. It’s one I wouldn’t be able to recommend. 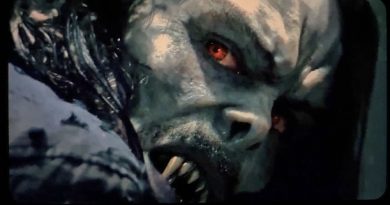 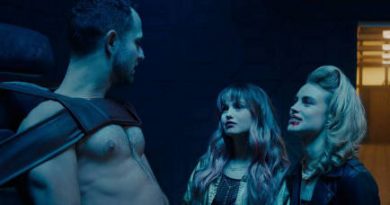