Are there any new frontiers in Science Fiction??

Once upon a time, Science Fiction was the genre of advancement and where the future laid ahead and unknown for anyone to write about. It was a time before real-time space travel, allowing speculation as to what was going on beyond the atmosphere without hindrance of real experience of being able to get there. It was hardly surprising that early SF authors populated the Solar System with alien species, often warring amongst themselves or seeing the Earth as their next conquest.

It wasn’t the SF authors fault. After all, astronomer Giovanni Virginio Schiaparelli had convinced the world that there were canals on Mars and that meant life elsewhere and imaginations soared. If there was life there, then why not elsewhere? All places for stories. Such thoughts existed until well into the middle of the last century and with scientific discovery that proved it wrong, SF authors moved to greater horizons and other star systems. Same kind of stories, just different locations. Now we’re finding it difficult to reach even the nearest star systems in a single life-time, let alone have adventures there. The discovery that many stars have planets but no radio signals also means probably no sentient life or to use the old cliché, not as we know it or even evolved that far yet. Then again, the distance from these planets is so huge that the time frame would mean we would miss the development and decline of other species by millennia even if they were out there. Rather than expanding out into the galaxy, Science Fiction is finding its options being restricted.

When space was no object, then time was neither, hence time travel stories to observe or change past events or have a renaissance man in the future correcting some folly there as a lesson to the reader that the more things change, the more they stay the same. The entire commodity of alternative realities fitted in with this to avoid certain paradoxes. A shame it hasn’t been proven practical to go back but always forward so far. Stephen Hawking still thinks time travel in any direction is possible, although whether it can be achieved has still to be proven.

Even how we perceive our own future has changed. Once it was a sterile clean environment with all clothes white never dirtied and a washing powder manufacturer’s nightmare, now it’s seen as grunge, polluted and dark, assuming we survive that long. Very rarely has SF depicted the future as looking pretty much like we currently have it supported by more advanced technology.

Science Fiction has never resisted being pessimistic or optimistic about the future, just as long as Mankind can survive in some way. Well, not even that as there are rarely any survivors in a post-apocalypse world, although very few if any SF authors have focused on death by global warming or any of the other disasters waiting on the corner of our future right now, mostly because it’s too close to real life and no one is hopeful we’d survive or have a practical solution.

One of the few things that is following Science Fiction’s lead is the advancements into cybernetic replacement surgery and restorative genetic manipulation or replacement. Whether this will lead to super-humans or perfect people is hard to say. It’s still early days yet but it wouldn’t surprise me if normality as opposed to super-normality will be preferred. Whether true artificial intelligence will follow in its wake depends on advances in computer technology from silicon to protein.

But what next? The ideas have become too clichéd that even my whistle-stop tour in the past couple paragraphs has probably hit on everything that’s been done so far. The story element is the window dressing if you think about it but that’s the same with any genre. Other than refinement, is there anywhere else for Science Fiction to go? Have we got to the stage that romance fiction has got? Been there. Seen that. Bought the beanie hat? Are we coasting towards complacency with no innovative Science Fiction just stories to amuse the readers?

In many respects, Science Fiction has at its core been a genre of looking for solutions to problems. Maybe it would be a good idea to look for fresh solutions to even the simplest things like surviving in space without bone deterioration that confront our reality and build a story around it. Granted there have been stories written about early colonisation before but few dealing with the problems of getting people and cargo beyond the atmosphere wholesale to make it work. There must be a whole storyland to populate. They might not use the obvious ways but it might inspire the scientists to think in different directions to the problems they currently have. Mind you, there are a limit to how many stories of this sort will entertain the readers before they want something else.

That isn’t too far from the beaten track. One of the major problems we have with current SF is we see the acceptable tropes as clichés without a further need for explanation. We don’t have to explain faster-than-light travel for the reader to recognise it’s a means to an end and move onto the next subject. These really do need to be explored more with current knowledge to see if there are any surprises that can be used to startle to the reader than use the trusted tropes.

Should we go for achievable targets or push for the most we can within the rules we know? Does this give enough latitude for Science Fiction to expand or are we prepared to get lazy and not allow ourselves to be stretched anymore?

I can understand why some Science Fiction authors has said that they will now be writing stories within the scientific restrictions I’ve pointed out above but I can’t help but wonder how long before they will have to stray back into the big wide universe as they realise the Golden Age SF authors have already been there, done that and need somewhere else to go, especially if they are to appeal to their readers. I tend to think what is probably needed is a different look at familiar solutions and look for different answers. Question everything than rely on the standards. It should be enough for you to challenge even Asimov’s three laws of robotics. He set that up to stop berserk robots that was a common trope at the time, yet even modern day scientists say writing perimeters for machines to work within for that to work is very problematic. Translation: Nothing should be a sacred cow, just show the problems of trying to make it work. Asimov’s robot stories were invariably written to try to break these robotic laws. With our knowledge of programming today, it needs more than words to make that possible but would it be as interesting?

This doesn’t mean we can’t have stories set without our current knowledge of science but I do think it would be detrimental to Science Fiction if all authors tried to go in one direction. Diversity has always been the key to Science Fiction and beating restrictions in one form or other is the foundation of our genre.

Thank you, take care, good night and dodge the sacred cows or hit them on the head.

A Zen thought: A flame is like a life, easily winked out.

NB: Anyone interested in reviewing books for me, especially fantasy and military SF, as we have a surfeit of 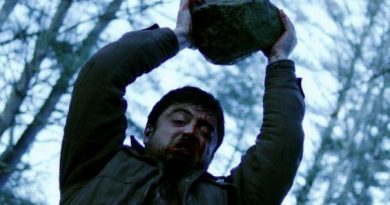 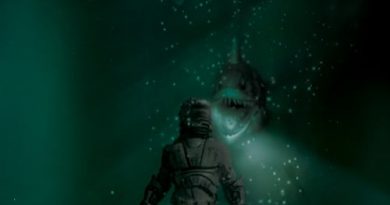