Y’know, it’s very odd. Granted they acknowledge the original 1960s creators of the Doom Patrol in the opening credits, yet the likes of Danny The Street, Dorothy and Crazy Jane and much of the blame of the Chief creating the original Doom Patrol is from Grant Morrison’s tenure in the 1980s and nary a credit with them. Well, not unless you’re quick on the pause button in the end credits and Morrison’s name pops up with 4 more modern creators from the past 30 years but so much of this ‘Doom Patrol’ is taken from his plots that he really needs to be in the opening credits.

End of season 1, all but Larry Trainor aka Negative Man (actors Matt Bomer/Matthew Zuk) have been shrunk to 6 inches high. To regain their full size, the Chief aka Doctor Niles Caulder (actor Timothy Dalton) hands over a crystal he wears to Willoughby Kipling (actor Mark Sheppard) that keeps him long-lived.

Oddly, we don’t see them regain their height but once its discovered what he traded, Rita Farr aka Elasti-Girl (actress April Bowlby) convinces Cliff Steele aka Robotman (actor Brendan Fraser) and Crazy Jane (actress Diane Guerrero) that they must save him and attempt going after Dr. Tyme (actor Brandon Perea) for his helmet which contains the same metal and things get a little crazy in his dimension when they discover his head is his helmet and can’t take a piece of it. 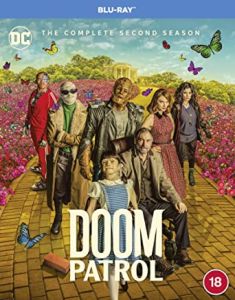 A lot of the sub-plots relate how dysfunctional each member is, not to mention their families. As the three principles, Steele, Trainor and Farr haven’t aged, facing their more than adult children after many years doesn’t go well. Well, maybe not for Rita Farr as she doesn’t appear to have family but she does do along with Trainor and can see the effect, even if she’s distracted over getting a part in a play about the events from the previous season but playing a beekeeper and not herself. Crazy Jane has internal conflicts with her different personalities thinking she shouldn’t be in control, so others like Miranda come to the fore. Victor Stone aka Cyborg (actor Jovian Wade) appears to have gotten a girl-friend but deep down is showing his own insecurities but ultimately helped out by Cliff Steele.

Dorothy Spinner (actress Abigail Shapiro) is having issues with her own age. Although 11, she is over one hundred years old and not likely to age, unlike her Dad, Niles Caulder. However, she reaches puberty towards the end of the season and different factions are getting very afraid as her full power manifests itself.

Oh, the ‘Dumb Patrol’ has to be one of the funniest episodes yet, especially when half the Doom Patrol have been affected by a fun bug which gives them euphoria.

Without going full spoiler, the season ends mid-stride and you have to hope we get as season three as to what happens next. All the performances from the cast are excellent but, to my mind, Abigail Shapiro will tear your hearts as not only Dorothy but a few other minor roles sans make-up in these episodes.

I do find it rather odd that DC Comics material does far better as TV shows than as films, especially with ‘Doom Patrol’. It’s real crazy much of the time but has real heart. They bitch and make mistakes and this makes them more endearing.

Of the two extras, the 9 minute ‘The Magic Of Make-Up’ shows Abigail Shapiro being made up into Dorothy and a look at how to deal with Larry Trainor’s true appearance. The 2 minute ‘Doom Patrol Season 2: Come Visit Georgie PSA’ explores the settings.

If you liked the first season, you’ll love this one. 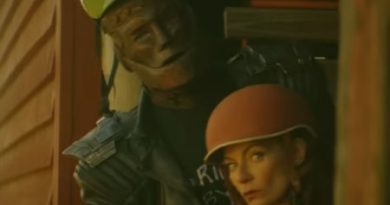 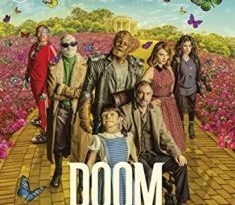