Skip to content
You are here:Home » Doctor Who gets super-sized on iPlayer: see all the Whos!
Doctor Who TV
June 4, 2018June 4, 2018 ColonelFrog Doctor Who 0 min read
275.3k
SHARES
ShareTweet

Doctor Who fans in the UK – as well those abroad proxy server spoofing their IP address as British – will be able to catch up with every episode since the 2005 revival; said episodes will be all available to watch on BBC iPlayer from today, Monday 4th June 2018.

Ahead of Jodie Whittaker taking up the mantle of the Thirteenth Doctor, all ten series will be available to watch as box sets on BBC iPlayer, including every special from the past 13 years of the Doctor’s adventures, including mini-episode The Night Of The Doctor.

Whovians can take the TARDIS back to 2005 to enjoy every moment, from Christopher Eccleston’s Ninth Doctor first meeting Rose, right up to Peter Capaldi’s Twelfth Doctor’s final moments in last Christmas’s Twice Upon A Time.

View the episodes over at https://www.bbc.co.uk/programmes/b006q2x0/episodes/guide 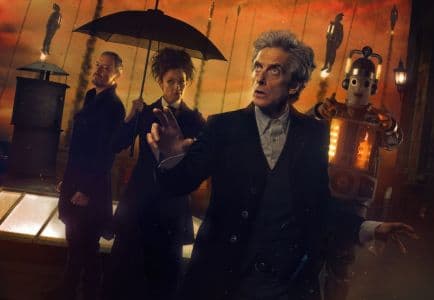 Dr Who: this is the end, my friend.

Doctor Who: Series 12 (or 37 depending on how you count): Episode 4: Nikola Tesla’s Night Of Terror by Nina Metivier (TV review).