A couple months back, I saw two different copies of Comic Book Artist # 4 in the on-line auction and realised both couldn’t be right and when they arrived, one was bottom-ended with ‘Alter Ego’ so decided to do the other one first. It wasn’t until I got much further into the mag that the other was the earlier volume.

The confusion being that I thought ‘Alter Ego’ had come out first. Yes, I was also aware there were two volumes, just not realising it came out that far back and that a lot of the covers I’ve seen in their advert pages were for it not this one. 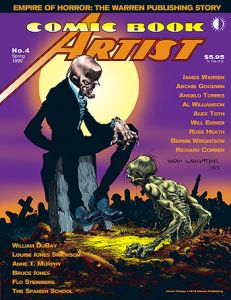 From the introduction, it appears from editor Jon B. Cooke that there had been a delay between issues because of family problems. A page flick did make me realise the art aspect was further into the book, with a lot more news for 2004 before getting to the meat of the issue. Always fun to see how any magazine evolves over the years.

The interview by Cooke with Philippines writer/cartoonist/publisher Manuel Auad was far more telling when he covers growing up in World War 2 when the Japanese military caused carnage before they left by burning down their cities and killing the inhabitants.

Gruelling reading and he was amongst the survivors as the American military arrived. His publishing of two books on Alex Toth and, checking on-line, for what he’s done in the last 18 years shows him to be productive.

The two significant interviews are with Tony DeZuñiga and Alex Nino and their moves from the Philippines to the USA with the draw (sic) for work. DeZuñiga created Jonah Hex simply to avoid having a Hulk-like character in westerns at DC Comics spared a potential disaster. Nino, for his part, has a more subjective art technique which became pivotal to his interview and a lot more samples of his work.

The look at the 88 Philippine (American spelling: Filipinos) artists and two units in the 1970s-80s shows a body of work until they were phased out, with some going out to Los Angeles to do animation. Very few of them worked in the super-hero genre and so probably didn’t get a fan following as they should. I never really associate names to where people came from and probably the biggest surprise was discovering that Romeo Tanghal’s nationality. Talent can come from all countries.

There is also a more thorough look at the Philippines comicbook industry leading up to some of the artists moving to the USA and what happened after. The main move being largely because their agents were taking too big a cut and they had their families to support.

I came away from the subject really more educated on the subject. It was also easy to see how easily the artists adapted as they had been followers of early US newspaper strips which also had a similar influence on American comicbook artists. With so many of them gone now, I do wonder if there will ever be a resurgence of looking that way for talent again. For now, look at their art and enjoy.

(pub: TwoMorrows Publishing, 2004. 114 page illustrated magazine including a colour insert. Price: varies but some are still out there. Direct from them, you can get a digital copy for $ 5.99 (US)) 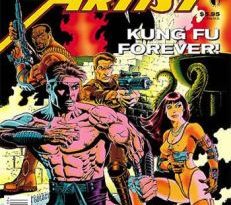 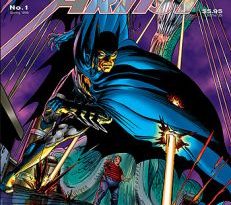 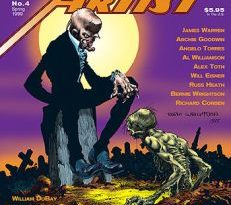