Our best Lex Luthor, aka, Michael Rosenbaum, is here to interview actor Stephen Amell of the Arrow TV series fame.

Ah, Stephen Amell. The Canadian actor who stole our hearts as Oliver Queen on The CW’s Arrow. This superhero series, which premiered in 2012 and ran for eight seasons until 2020, followed the story of billionaire playboy Oliver Queen as he returned home to Starling City (later renamed “Star City”) after being shipwrecked on a mysterious island for five years. Armed with a bow and arrow and a fierce determination to fight crime and corruption, Oliver was joined by a talented team of fellow crime-fighters, including John Diggle, Felicity Smoak, Sara Lance, and more.

But Arrow wasn’t just about Oliver’s journey. The series also explored the stories of characters from Oliver’s past through flashbacks, and even delved into the future with flash-forwards focusing on Oliver’s children, William and Mia, and how present events would affect their future and the legacy of Green Arrow.

Of course, Stephen Amell wasn’t the only star of the show. The entire cast, including Emily Bett Rickards, David Ramsey, Caity Lotz, and more, brought their A-game to the series and helped make it the hit that it was. And with the success of Arrow came spin-off series and media, forming a shared universe known as the Arrowverse.

But Arrow wasn’t just a hit with audiences – it also earned critical acclaim and numerous awards and nominations. So if you haven’t already, it’s definitely worth checking out this superhero series. And if you have seen it, well, it’s always a good time to rewatch and relive the adventures of Oliver Queen and the Arrow team. 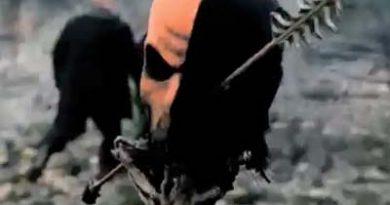