It’s the year 2054 and the UFC has been replaced by the VGL (Video Game League). The hottest athletes are professional gamers and the most competitive game is RAGE – capture the flag, gladiator-style. Saturday night is game night, where teams of five fight to the death in virtual reality arenas.

Kali Ling is the first female captain of a RAGE team. She and her team are odds on favourites to sweep the competition – until they lose. Then one of her team dies of an overdose, further upsetting the upward trajectory of Kali’s career. Caught between the virtual world and reality, Kali is deeply affected by the loss of her teammate, but unable to express why until she examines the lack of balance in her life. She has lost the ability to distinguish what is real and has developed a habit of hiding in the virtual because games are supposed to be fun, right? Even if the shocking pain of virtual death isn’t.

‘Arena’ is subversive and tricky, just like the best games. I should know by now that the outcome of every quest will have some impact on the end of the game, if it’s a decent game, but that doesn’t stop me from making bad decisions or getting caught up in the role-play aspect and mistakenly allowing my feelings for virtual characters to over-rule sense and logic.

The plot of ‘Arena’ is built in the same way. Instead of tossing out a few game references, in the mistaken belief her novel will resonate with gamers, author Holly Jennings has delved beneath the surface of an industry that is fast eclipsing other forms of entertainment. Did you know the video game industry makes twice as much money as the film industry? That professional gaming is a career? Jennings does and, not only does she know why, she has postulated a future where gaming will be bigger than sports. Where it replaces sport, because it is a sport, or it can be.

Jennings also shows that when we look at our lives as a game, the suspension of reality will only last for so long. She has obviously discovered this for herself. That the cycle of quest and reward is only satisfying to a point. It’s an addiction. It can be, will be, and is right now being abused.

Kali’s growth as a character and as a person is one of the most satisfying I’ve read. I didn’t like her very much at the beginning of the book. She came off as young, shallow and arrogant. Her level of self-absorption nearly undermined the tragedy of her teammate’s death. Her dissatisfaction with her life and her career irritated me and I found it difficult to understand why she was so angry all the time. I very nearly tossed the book.

I’m glad I kept reading. While I never fully warmed to Kali, I did come to admire her and Jennings’ skill in turning this young woman around, making her a strong female character who did something other than smack talk and swagger around metaphorical balls while she knocked a few dudes down in the arena. It’s only through a deep examination of herself and her relationship with the virtual that Kali is able to take control of her life. Her real life. By the end of the book, I was cheering for her. I wanted her to succeed. I was also touched deeply by her refusal to forget or gloss over the death of her teammate. That she used his example to rebel against an industry that treated her and all gamers as less than human.

Consequently, I was able to look back at her angry phase as that portion of the game we must all slog through in order to get to the good stuff, where our skill is unequal to the opponents we’d rather challenge.

As for the RAGE tournament, it’s fascinating. So are the glimpses of what other leagues are playing. Between virtual racing and dungeon crawls, there’s a league for everyone and the technology allows the gamers to take risks not possible in the real world. This requires a certain mindset among the gamers, which again feeds back into their struggle to cope with the somewhat stagnant three dimensions of reality.

Scenes set inside the game are exciting. The action is gruesomely realistic. The snap between virtual and real is well done. The similarities between the lives of professional gamers and those of today’s professional athletes are well explored. Given the attention paid to the visceral feel of combat and the sizzling sexual tension between Kali and another teammate, I was disappointed in the lack of sex on the page, however. It didn’t need to be a chapter, but a paragraph of completion between the groping and the aftershocks wouldn’t have been amiss. The absence of it felt a bit like a missing quest reward.

Despite this one quibble and my antipathy toward Kali, I found ‘Arena’ a compelling and absorbing read. I couldn’t put it down until the final fight. A highly satisfying novel and definitely a recommended read. 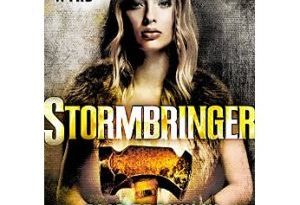 Stormbringer: Book 2 of The Wyrd by Alis Franklin (book review). 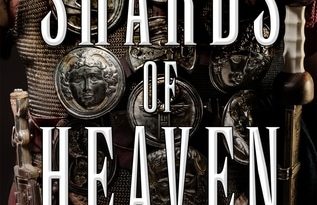 The Shards Of Heaven by Michael Livingston (book review). 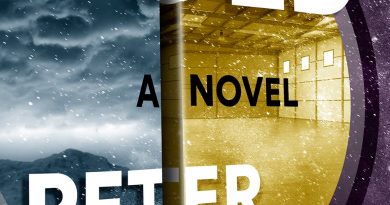