I have to confess that I think I’ve only heard the term ‘Bitcoin’ a couple times and thankfully not ever had to work with the currency. Eric Geissinger’s book, ‘Virtual Billions’, explains its history as well as how normal money systems evolved. The latter, I was originally familiar with, as indeed, I suspect most of you are as well. Each country’s main banks has a supply of gold that the pound (or whatever is your country’s equivalent) is based on represents as a bargaining/bartering tool. That sounds straightforward enough until governments order more money printed than they can back it up with and then its value, at least on the international market, can go down and then you have inflation where things cost more than they should. I’m simplifying a lot here. Bitcoin is nothing like that. There is no gold resource backing it up, just a digital exchange of numbers that you have to be invited in to become part of and your personal bank balance can be induced to grow. You can buy Bitcoins with real money and then use it for buying and selling in certain, mostly illegal, markets. You can then, if you want, trade Bitcoins into your local currency or barter for things with it. Anyone’s brain hurting yet?

Bitcoin was invented by someone called Satoshi Nakamoto, although no one really knows who he is because he’s even more elusive than Banksy. His own choice of secrecy from what I read here is more to do with not being interrogated by, specifically, American government and their banks who ‘might’ want to shut his system down. As it appears, Bitcoin is largely self-regulated, it doesn’t actually mean anyone or bank is actually in charge of it. Autonomy rules or rather a series of nodes does. No one actually owns Bitcoins as its just representative of its buying power.

For those who like encryption codes, seeing how they evolved for Bitcoin from the dual-lock case to digital is going to make you feel right at home and equally frustrated at their complexity, not to mention an extended life to try out all the millions of combinations. Even if you use a Bitcoin account, Geissinger still says copies of the code should be stored elsewhere in case you forget it although a partial code can be kept on your computing device which does reduce how many digits you have to remember.

In all respects, Bitcoin can be seen as raw cash on the Internet as it shares the same properties. It isn’t traceable to who used it and is the favoured system for, shall we say, less than legal transactions on the dark web, although there is still an honour system to fulfil any deal. Hardly then surprising that there is a lot of criminal intent involved. If you were getting bored with all the banks end, then the two chapter about Ross Ulbricht will surely become intense reading although his ‘Silk Road’ is now closed and he’s in prison for life, although that is for arranging a murder. Reading about the node linkages, I can see why law-enforcement agencies aren’t very keen on being locked out although, oddly, it was also created originally by the NSA and DARPA.

Considering some of Ulbricht’s ineptness in programming his website, I was surprised to read that it wasn’t hacked but equally the hacker who pointed out its flaws wasn’t interested. As he’s now in jail, don’t expect his site to be operational, assuming you know about the dark side of the Net. These chapters do make me wonder about how long it will be before such sites rise ever higher in the public conscience and pique curiosity to explore. Until last year, few had heard of the dark net but it knowledge is ever power on the Net and knowledge spreads fast.

The rest of the book deals with life after Ulbricht and how bigger money, this time from the Winklevoss twins out to make a profit after seeing it as the ‘next big thing’ and how capitalism gets into the market. Considering that this has happened over a five year period, it’s more a demonstration of just how fast things happen on the Internet. From my perspective, you do have to wonder how long before things can vanish just as quickly.

I’m not sure if I’m any wiser at the end of this book. Bitcoin is the currency of choice for illegal transactions and I suspect a lot of people are going to learn from it and either modify what is there or even come up with a better system. Whether people will follow this and move on is going to depend on depends on trust or police action. Bitcoin depends upon a trust system and when that breaks down, it could just as quickly go down the tubes and any investment you have that way so best to leave well alone. What keeps it going, at least on the dark net, is the node linkages but I don’t think any of us would really want to go there. 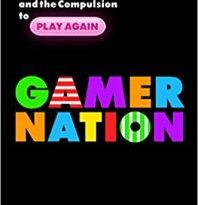