I do like the cover art on Wesley Chu’s ‘Time Salvager’. It’s like one of those slightly blurred oil paintings and is very minimilastically atmospheric. It gives a good impression of the dystopian future that James Griffin-Mars lives in, where the atmosphere and the oceans are polluted and the cities are crumbling to ruins. James is a chronman, one of an elite corps who travel back in time to retrieve lost power sources to help stave off the collapse of civilisation and lost artefacts to help pay for their organisation. It’s a dichotomous future where advanced technology and space travel co-exist with a choking and crumbling Earth. James Griffin-Mars, like many other chronmen, is an unstable character, stressed by the time-travelling process and haunted by the faces of those he has to leave to their deaths in the past while he walks away with his target treasures. These pressures lead him to break the First Time Law and bring somebody back from the past with him, biologist Elise Kim. This, of course, does not go down well with the authorities and leads to much running and hiding for the remainder of the novel.

The problem with the main character is that, after we’re given a lot of, frankly repetitive, insight into his tortured mind and his guilt over leaving people to die and losing his younger sister. All of which provides the motivation for his impulsive saving of Elise Kim, he then starts killing his former comrades without compunction in order to save Elise. The point has already been laboured at this juncture that the standard mantra of ‘they’re already dead in the past’ as the justification for not helping anyone on his time travels has worn thin for James. Elise Kim should be dead and, according to his understanding of the Laws of Time, she will soon disintegrate and die anyway. He only met her briefly in the past and obviously took a bit of a shine to her but why would he suddenly feel so strongly about her that he starts killing people to save her? It’s at this point that characters in his noble organisation, notably the Monitors who act as a police force, suddenly become sadistic and violent, giving us a reason not to care when they’re wantonly slaughtered. More than one two-dimensional evil character are brought into the plot for the purpose of being cruel and murderous, giving us more reason to cheer for James. But I didn’t. He was mostly an unlikeable character being a drunk, big-headed or violent.

Other characters in the chronman organisation are much more sympathetic. Auditor Levin has to balance his duty to track down James and Elise with corruption and external influences from megacorporations. James’ handler, Smitt, is by far the best character in the book, juggling his loyalty to James and to his organisation and working heroically in the background.

The concepts that the book is based around are interesting and Wesley Chu uses them well, explaining how the chronmen can only jump back to dead-end timelines for salvage: ships that are about to sink or buildings that are about to explode. The desperation of their future society is highlighted by the missions of low-tier chronmen who are sent to retrieve wood for fuel, plucking it from forests that are due to burn down. The principles of the Time Laws and the way their organisation is balanced between great corporate and military powers makes for an intriguing society.

For a breezy time-travel adventure and some clever ideas, this is a decent book. I just wish as much thought had been given to character motivations and interactions as has been spent on time travel laws and interesting technology. 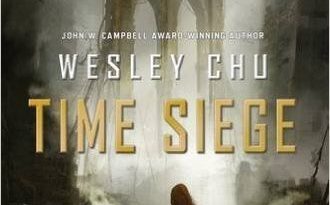 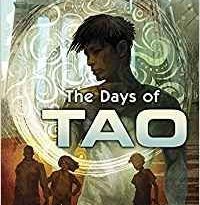 The Days Of Tao by Wesley Chu (book review).

The Days Of Tao by Wesley Chu (book review).