Once again, John Tristan has created a unique and compelling world. The deeper into ‘The Sheltered City’ I got, the more I wanted to know. Why where they living inside what seemed to be a large dome sheltered by an enormous living tree? Where the dragons outside real or allegorical? What is the halfdeath and what about those elves? Amon was born with the halfdeath, an affliction that gives him the gift of strength and supernormal healing at the cost of half his life. His skin is ash grey and traced with prominent black veins. He is a large man, a giant, and often possessed by rages. He is well suited to his job as bouncer in a whorehouse, until he assaults an elf, believing the elf had been hurting one of the boys downstairs.

Elves are the ruling class. They live in the Tree. Their word is law and to harm one carries a sentence that can only be determined by the elves. Probably death. Caedian is not a typical elf, however. He is young and naïve. In fact, humans seem to be as mysterious to him as the elves are to humans. Amon, with his grey skin and great strength, even more so. Caedian quickly forgives Amon the broken nose and then hires him to help in the search for his brother.

The search takes Amon to the Rim, the outer edge of the Last City. There, he encounters snippets of a legend he was born to, the dragonhunters. These men and women looked like him, grey, large, possessed of strength and fits of rage. Amon knew he was born of a dragonhunter and was raised by another. What he does not know is why he is the last and why he had never been called to serve, despite being trained. The Order has disappeared.

The event of finding Caedian’s brother is a catalyst of a sort. The truth of the Last City is revealed, in part, and the truth of Amon’s heritage. Facing death, both men chose exile and leave the shelter of the city. The world outside the city lives up to the harsh legends. The air is toxic and the dragons are real. Ill-suited to the environment, Caedian quickly falls ill and Amon devises a way to save him. From there, they stumble across an enclave of dragonhunters who finish telling the story of truth, about their poisoned blood, the elves and the city.

But where Amon was not suited for life within the Last City, Caedian is not suited for life outside the dome, even changed as he becomes. Ultimately, the two men face a series of choices, between themselves, what makes them feel happy and complete, and what they feel is right.

I really enjoyed ‘The Sheltered City’. John Tristan has a wonderful imagination. His worlds always come to life easily and I’m always sad to step away at the conclusion of the book. Despite the scope of adventure, the romantic elements in ‘The Sheltered City’ are more immediate than in his previous book, ‘The Adorned’. The love story feels more central. But what both novels have in common is well-conceived fantasy world that could support more than one tale. Gender and sexuality hold less importance than skin colour and race, a dynamic that I find refreshing. It’s the history of the worlds that has me wanting to read more, however. By the end of ‘The Sheltered City’, it becomes obvious that events are part of a larger cycle. That’s the story I want next. I want to know where the dragons came from and I wouldn’t mind reading about Amon and Caedian eradicating the threat once and for all. 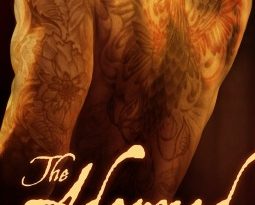