Humanity has been at war for over a hundred years. The Syndicated Worlds and The Alliance have been at war for as long as any of the combatants can remember. The origins and motivations behind the war are pretty much forgotten. People are fighting because they are and always have been. Early on in the war, Captain Jack Geary sacrificed his ship to save a supply convoy in a devastating display of heroism and bravado. While on its way to attend talks with the Syndics, the Alliance Fleet finds a small escape pod with the frozen body of Geary contained therein.

Upon revival, Geary finds out that the legend surrounding his last battle has elevated him into super-human status by his descendants. ‘Black Jack’ Geary and his selfless heroism has become the basis for the Alliance’s tactics. Gone are the measured manoeuvring he knew and what is left behind is a mass of glory grabbing brawling.

The peace talks break down and events conspire to leave Geary in charge of the fleet. Half the fleet captains worship the Black Jack of legend while the other half can’t accept that a defrosted relic from history will be able to handle this new universe. Factor in factional politics and Geary’s task becomes bigger and harder.

Geary finds himself in command of a fleet of battleships, cruisers and support vessels on the wrong side of known space and having to take the long way home. Scavenging supplies and fighting for every light year, his task seems impossible. Geary will need both his anachronistic knowledge and his legendary status to bring the fleet home.

Jack Campbell is the pen name used by John G Henry, a retired US Navy commander. This first hand military knowledge is what gives ‘Dauntless’ its spit-shine of pure quality.

When SF goes to war the results can be patchy. At its worst, you have the spaceship/ray-gun/pew-pew stereotypes much derided by the uninitiated. At its best, you have stunning works like ‘The Forever War’ and ‘Consider Phlebas’. ‘Dauntless’ easily fits with the finest examples of the genre.

Throughout history, war has been a catalyst for invention and technology. The same could be said for literature. The distance between Biggles and Jack Geary is the same distance between a Sopwith Camel and Geary’s flagship Dauntless. War is hell and interstellar war even more so.

Cambell’s characters are rich and detailed. Geary is a human figure wracked with doubts but one who knows exactly what his duty is. His all too human attraction for Dauntless’ Captain Tania Desjani speaks volumes as does his reluctance to act upon it.

‘The Lost Fleet: Dauntless’ shares some themes with the 2004 TV version of ‘Battlestar: Galactica’. The sense of an outnumbered and ill-equipped fleet is similar but the execution and detail of the story is very different.

Campbell also pulls off the very neat trick of pitching the story’s technology descriptions at the accessible end of hard SF. The reader will happily not have to revise too hard for this story, but this is in no way meant to convey a lack of reality to the physics. If you can understand that to hit something with a weapon you need to aim at where the target will be not where it currently is you will be fine. This speaks volumes about the quality of Campbell’s writing that pretty complex ideas are expressed in a very readable way.

Overall, this is a stunning work. I cannot believe that it has taken eight years for me to read it. With a detailed story about interstellar conflict, this book could have been written with me personally in mind. I am happily reaching for the next book in the series, ‘Dreadnaught’, as we speak. If they awarded medals for writing fantastic SF, this book’s jacket would jangle. 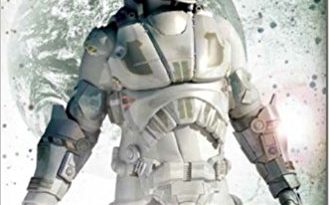 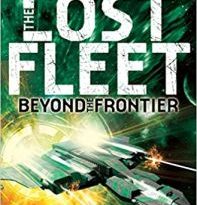 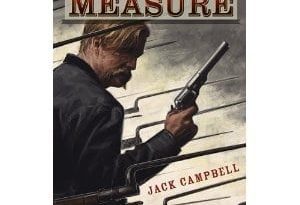