As I commented when I reviewed ‘Alternate Worlds’, I wanted to check out some more of James Gunn’s non-fiction. Reading the introduction to this book, ‘The Science Of Science-Fiction Writing’, ‘Alternate Worlds’, I discovered it was originally conceived as a university course. Back at the turn of the century, he was asked to write some more books and looked through his folders and chose two. This is actually the other one, the mechanics of writing a story. The other one, ‘Inside Science Fiction: Essays On Fantastic Literature’, is actually expensive and harder to get and came out in 1992. 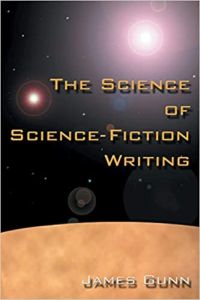 Let’s pick out some highlights. Take the opening of chapter 4 and I doubt if its changed much 20 years later. Namely, an editor and, I suspect, those publishers who still have sample readers and not rely on agents, will look at a story sample and reasons to reject before moving on. So if you want to beat this, read up on the protocols for presentation and get your grammar spot on if you want them to get past the first page. When you submit a manuscript anywhere, you are selling a product not something full of defects. If that’s the only lesson you get from this book then you will have learnt something important to improve your chances.

There are some reveals that I wasn’t aware I was already applying. Gunn points out that dialogue can slow a story down, especially too much of it. I know there is a feeling that some writers want realistic dialogue but keeping it down to the minimum will propel the story along. I do wonder what Gunn would have made of my Alan Bennett-like monologue stories I do from time to time.

I like how he differentiates between Science Fiction as being literature for change and fantasy for difference. There’s more to it than that and he quotes several people but it amounts to the same thing. Rather interestingly, although I thought I was amongst the first to declare our current world as being a Science Fiction world, Isaac Asimov got there first in the 1930s-40s. I think we are ever closer to it now, though.

Gunn makes the observation that critics regard SF as poor because we have ‘cardboard characters’ rather than have them dealing with relevant problems. I have so many issues with this, whether it comes from Gunn or critical opinion. With SF, we put our characters into unusual situations and see how they sort it out. I suspect ‘normal’ fiction writers would have problems handling this. It requires a particular mindset to write good SF, let alone make it relevant to today’s society. We have examples like George Orwell’s ‘1984’ that makes that point and, oddly, more people know than those who have read the original novel.

Oddly, the last few chapters of the book are devoted to the lives of selected SF authors which does feel a little like padding. Not that it isn’t interesting but does seem to be getting away from the point of exploring SF storycraft.

For the record, the bios he gives are for HG Wells, Robert Heinlein, Issac Asimov, Henry Kuttner and CL Moore. Considering the space he gave to AE Van Vogt in the main text, I’m surprised he wasn’t considered. Nothing wrong with them as histories but not sure why they were included.

Finally, the first appendix is taken from the notes of Mary Sue Lobenstein of James Gunn’s Writers Workshop discussions/lectures that she gave him and he thought useful to reprint here. All very informed except for one detail. It either never came up or was ignored but not a mention about getting good grammar other than as writing good English. If you can’t punctuate well, you will have problems selling a story.

Although written over 20 years ago and, alas, James Gunn is no longer with us, there is some relevancy in this book for you to get a copy. 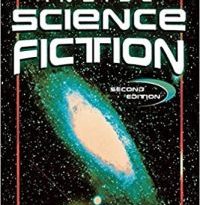 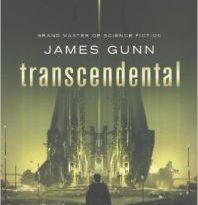 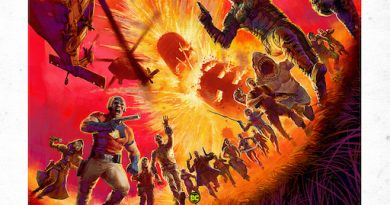