‘The Plasm’ is a novella in the SF/horror genre, a fine old tradition. Here’s what happens.

Steve and Sam, a lady, are a salvage team working the Solar System. Sam is bold and daring while Steve is more cautious, wary of danger. When they come across the wreck of the Vordlak, Sam is overcome with excitement at the fame, glory and money the wreck will bring. The Vordlak was once the biggest, best and most advanced ship ever sent out from Earth but it suddenly vanished decades ago. It’s the Marie Celeste of the spaceways. 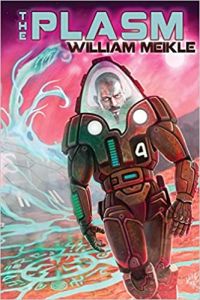 Sam docks with it and goes aboard to investigate. Steve follows but she has dashed ahead while he was getting through the airlock. While Sam thinks this is the best thing that’s ever happened to them, he has a chill premonition of danger. There’s no sign of the crew yet there are remnants of food in the mess hall as if they were taken suddenly. When a strange blue light appears and chases him, Sam figures he was right.

Meanwhile, on Mars, Jake Royle leads a team into an old storage place where something strange is happening. A crack team of secret agents try to blow up an old box seeping blue light but it doesn’t work. Jake ends up running for his life.

I don’t want to give away the plot so I can’t say much more. Meikle does a good job of revealing past events through computer logs and gradually draws the two story threads together. It turns out that the Vordlak had an experimental drive. Tapping into other dimensions for free energy is an idea worthy of the gods themselves. But what if demons get involved…or worse.

‘The Plasm’ mixes alien space horror, Lovecraftian myth and even nice old religions in a thoroughly enjoyable, fast-paced, rip-snorting piece of B-movie action that can be read in a couple of hours, a pleasant respite from stonking great trilogies. It will certainly keep you entertained until something better comes over the event horizon and if you like this kind of thing like I do, Dark Regions Press and William Meikle are worth checking out on the world wide web. 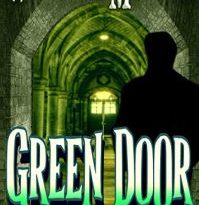 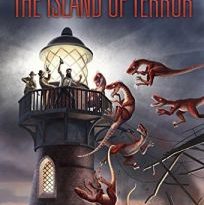