George RR Martin is of course best known for his series of fantasy novels widely known as the ‘Game Of Thrones’ universe thanks to the popular television show of that name. But before he’d written even the first of these novels, he’d written a number of other books including a children’s story called ‘The Ice Dragon’. First published in 1980, this 2014 reissue includes numerous coloured drawings by well-known Spanish artist and illustrator Luis Royo.

Although an early work, many of Martin’s favourite literary tropes are here, not least of all harsh winters, fighting dragons, distant wars and the way decent people have their lives destroyed because of the rivalry between different kingdoms. In this sense, the story certainly can be read as part of the ‘Game Of Thrones’ narrative without too much bother, but it is debatable whether the reader would be right to do so. While the back cover blurb state clearly that the ‘The Ice Dragon’ is part of the ‘Game Of Thrones’ universe, Martin himself is more sceptical.

Nonetheless, many readers will come to this book hoping to dip into the ‘Game Of Thrones’ setting, perhaps even finding a way to share their love of those books with younger readers. As a piece of children’s literature, ‘The Ice Dragon’ has a lot going for it, including a strong female character, Adara, and a realistic portrayal of family partly broken by the death of her mother. When she was born, her mother died and Adara’s physical coldness can be read as a metaphor for the absence of warming mother love. Her father loves her, but there are hints of the pain he still feels over the loss of his wife. Certainly, while Adara loves her father and he loves her, there remains distance between them, as well as between Adara and her two older siblings.

As she grows up, Adara discovers that her unnaturally cold body allows her to experience, even enjoy, the deep snow and biting winds that her family cannot abide. While they dread wintertime, she looks forward to it and befriends the little ice lizards at first and, eventually, a great ice dragon, a beast other people view with fear and horror. For farmers working their fields, such dragons are emblematic of the terrible barrenness of winter, but Adara finds instead a kindred spirit and a bond forms between them, perhaps intended to be read as a love of sorts.

This being George RR Martin, ‘The Ice Dragon’ is set in a world at war and, each year, the frontier comes closer and, eventually, Adara’s own village is swept up in a firestorm, fire-breathing dragons destroying her home and their riders wounding her father. In a perfect world, Adara and her ice dragon would have comfortably beaten back the three fire dragons, but that doesn’t happen here and Martin carefully avoids a simple happy ending. Adara manages to rescue her father, but there’s a price to be paid by both herself and her dragon. Things aren’t the same afterwards, but perhaps they are better. If she loses her preternatural empathy with wintertime, she gains the nurturing warmth of spring, perhaps pointing towards a change from an introspective child into a young woman capable of forming bonds of love and understanding with the people around her.

All in all, ‘The Ice Dragon’ is a magical book, as fit to be read as a classic coming-of-age tale as it is a piece of fantastical nonsense. It’s elegantly written and likely to stretch some young readers, which is no bad thing. It’s a short book though and, even with the lovely artwork adult readers, are likely to feel a bit short-changed, but as a book for children that’ll be turned to again and again, it’s not such bad value. Recommended.

check out websites: www.tor-forge.com and www.luisroyo.com 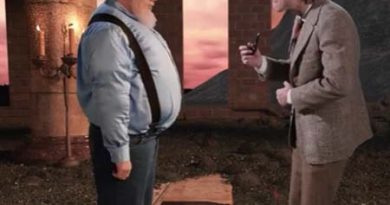 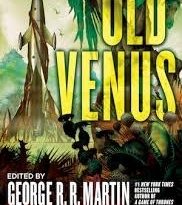