‘The Hidden World’ completes Paul Park’s inventive and, at times, frustrating series of novels centred on Miranda Popescu. At the opening of the series, she believes she is a young girl living in the present day USA, living what we would regard as a normal life with her friends, Andromeda and Peter. Miranda discovers our world is false, created by her Aunt Aegypta to protect her from forces out to destroy her in the real world of the novel. Things are different there. Our world is considered a poor relation to that where Miranda is princess. The Earth of Miranda’s reality is truly the centre of the universe, Newton is renowned for his skill with alchemy, the idea of stars being large balls of gas in considered insufficiently wonderful and the dead have a real and lasting influence over events. This last fact allows the Baroness Nicola Ceaucescu to continue to exert influence from beyond the grave.

I do have to admit the idea that the real universe is insufficiently wonderful or even romantic is not one which appeals to me personally. It’s not really a deal-breaker in the novel, though. Park is an excellent writer and his refusal to conform to the more standard fantasy quest narrative is certainly refreshing.

Earlier on in the series, once she was returned to the real world, with all the attendant oddness, Miranda created a number of problems for herself by refusing to trust the advice given by her Aunt Aegypta. In some ways, though, it arguably set in chain events which saw her imprisoned in previous novels and the continued interests of those who mean to do her harm. On the other hand, as this novel proceeds, it starts to become clear that Aegypta should not always be trusted anyway.

One of the more recent additions to the roll-call of villains is the despicable Bocu, the head of the secret police. He is joined by the aforementioned Ceaucescu, Aegypta and Elector Ratisborn, whose influence was more strongly felt in previous novels in the series.

These actors have the ability to influence events as they are resident in ‘The Hidden World’ of the title. Here, Miranda is the White Tyger and others retain an animal form. This further alternate world adds to the growing sense of confusion the characters and, to an extent, the readers feel. I feel I should reiterate that this confusion is a welcome feature of the novels, rather than anything to criticise. These novels are aimed at the youth market and it is nice to see the author give younger readers a little credit. There are certainly more challenging books around. I haven’t read a great deal of Young Adult fiction, but this is one of the better examples of those which I have.

Though there is still ambiguity within this novel, there is a little more satisfaction for those of us looking for a little closure than perhaps there was in the first three books.

Though magic and alchemy are practiced in this world, there is always a suggestion that, despite its power, it is not always tolerated. Some of this stems from a fear that people will be unable to control it. This informs some of the machinations of the elites within the novel.

Though it’s never quite clear, it’s seems that the fantastical elements of the novel are set in a time roughly analogous with the period around the First World War in our past. This perhaps explains the war with Turkey, which they are losing. The attempts by the elite to control alchemical and even necromancy are in a desire to create a super weapon. One, it is feared, which could destroy the world.

Getting through to the end of these novels is rewarding, even though I did lose a little interest somewhere in the third novel. This does pick things up, with Park looking to conclude matters. I don’t know that explanations are necessarily given, but if you like ambiguity, then this will appeal.

It’s hard to say exactly why this novel succeeds. Certainly, Park’s refusal to write a standard fantasy story is refreshing. Even if somewhere between book two and three, it does lose the way a little as the plot and shifting narratives arise without a conclusion until things come to a head in this to hold your interest.

I do recommend this novel and the series. You really do have to read the three novels before this one. In the interests of keeping the plot, it’s probably a good idea to do so as close to one another as possible. 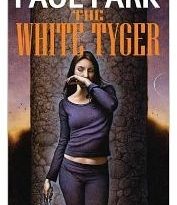 The White Tyger (A Princess Of Roumanis book 3) by Paul Park (book review).

The White Tyger (A Princess Of Roumanis book 3) by Paul Park (book review).