Paul Park’s ‘The White Tyger’ is the third in his quartet which began with ‘A Princess Of Roumana’ and continued with ‘The Tourmaline’. This does mean any reader who has not read the first two parts will be lost as Park works a number of threads from these novels in preparation for the conclusion. The heroine of the novels is Miranda Popescu, Princess of Roumania. In the previous novels, Miranda had found herself transported from what she had previously to believed to be her real life in USA to the real world of the novels. Her friends, Peter Gross and Peter, a one-armed boy in the USA, becomes Pieter de Graz while Andromeda is both Sasha, an older boy and a dog. This last aspect certainly complicates relationships in the novel and, I have to confess, makes things a little harder to follow if it’s been a while since reading the previous novels. Interesting, though.

The world she is drawn into is one of intrigue, conquest, deceit and death. Germany has invaded Roumania, while Miranda’s aunt, the Baroness Nicola Ceaucescu, is simultaneously the leader of a puppet government and is also manoeuvring to expel the occupying forces and become the legitimate leader of a free Roumania.

Though the series sets itself up with Miranda being the focus, in this part of the series, the Baroness Ceaucescu feels to be the focus of things. Her attempts to increase power are the driving force of the narrative. The Baroness exhibits signs of madness and she is untrustworthy. Despite these things, there is a certain sympathy to be had for her character. She isn’t evil and one does occasionally feel as though she may have the interests of Roumania at heart, despite her selfishness.

Though she doesn’t survive the novel, this is irrelevant. One of the things which distinguishes the real world of the novel from that of our own, is the steadfast refusal of some to stay dead, continuing to influence events in the novel.

Her tendency to do bad things, however, corrupts those around her, including the somewhat hapless figure of policeman Radu Lukacz. He truly believes he can do good things and be an instrument of justice. His love for the Baroness blinds him to the effects of her actions.

Though this is a fantasy novel, it doesn’t conform to the more conventional fantasy narrative form. Miranda and her friends are engaged in a quest. However, neither they nor the reader is ever confident in the success of their quest. Miranda continues to take advice or follow instruction. Our already tenuous grip on what is real and what is false combined with the lack of any conclusion do make this series one of the more inventive fantasy series I have read. It does make it very hard to say what has actually happened, though.

Park is a skilled writer. It’s not hard to see why he receives plaudits from such writers as Ursula Le Guin or John Crowley. Looking at the list of people queuing up to praise, one does get the feeling that Park is a writer’s writer. Not a bad thing, of course.

Despite some frustration with the novel, I do think it has something to recommend it. If you’ve started reading the series, you will want to know how things turn out. 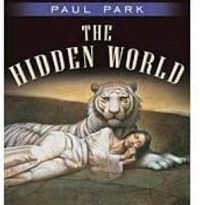 The Hidden World (A Princess Of Roumanis book 4) by Paul Park (book review).

The Hidden World (A Princess Of Roumanis book 4) by Paul Park (book review).