It’s hard to believe that it’s been three years since the film ‘Terminator: Salvation’ came out or nearly that long, since I bought ‘The Official Movie Companion’ that has been languishing in my to read pile. However, as it’s my intention to reduce said pile this year, it’s time for a read. This book has several significances. It continues ‘The Terminator’ film franchise by looking at the future instead of the past this time in a period when Skynet is on a roll and mankind is seeing its fate in the gutter, if it is allowed to crawl back that far. It is also the last film the late Stan Winston was involved with, dying one month into production but his well-oiled special effects studio was such that it completed to both his wishes and that of the film director, McG.

I’m not going to go over the film in much detail. After three years, you’re either going to have seen it by now or not. This is essentially the story of the adult John Connor (played this time by Christian Bale), the growing Kyle Reese (played by Anton Yelchin) and Marcus Wright (played by Sam Worthington) entering the picture (sic) as an alternative and early version of the T-800 because a certain other actor was serving a term as a state governor. In many respects, having Terminators based off other human types isn’t such a bad idea or it would show that even the likes of Skynet either lack imagination or think that humans would be fooled by the same person infiltrating all the time. Although the unfleshed Terminators were kept mostly as an attacking commando army a lot of the time, the original reason this shape was built in the first place was to infiltrate and it couldn’t do that by looking…er…metallic and fleshless. What Skynet never anticipated was the original memory of its prototype reasserting itself.

It’s rather odd reading that Sam Worthington saw himself as Dorothy from ‘The Wizard Of Oz’ film when I suspect everyone else would have placed him as the Tin Man where that metaphor was concerned.

Interestingly, you get more cast comments than that of production, although I suspect they’ve let their work do the talking here as there’s a real deluge of photographs. I think I might have liked to have seen more of Skynet’s laboratory but I can live with what is shown.

If you’re a sucker for these behind the scenes books then you won’t be disappointed and after reading it now, I’m planning to re-watch the film again. 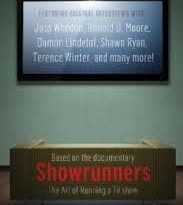 Showrunners: The Art Of Running A TV Show by Tara Bennett (book review). 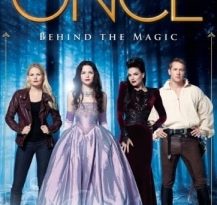 Once Upon a Time: Behind The Magic: A Companion by Tara Bennett and Paul Terry (book review).

Once Upon a Time: Behind The Magic: A Companion by Tara Bennett and Paul Terry (book review).

Showrunners: The Art Of Running A TV Show by Tara Bennett (book review).