‘Strange The Dreamer’ is book one in a new duology by Laini Taylor, who has previously written the ‘Daughter Of Smoke And Bone’ trilogy amongst other things. We follow Lazlo Strange, an orphan who had the bad luck to end up living in a monastery where he tries to live in his dream world in between being chastised by the monks and living a life of drudgery. Luckily for Lazlo, although not for the monks, there is a meal of bad fish which enables him to travel to The Great Library Of Zosma which likes him so much it decides to keep him. Lazlo still can’t follow his dreams to the mythical city of Weep, but at least now he can research to his heart’s content. That is until a mighty hero called the Godslayer and his band of warriors visit the library and give Lazlo the opportunity to travel to Weep with them. Now he can finally discover why everyone forgot the real name for the city, why was it cut off from the rest of the world over 200 years ago and, most importantly, why are they being taken to Weep?

Taylor does have a very distinct writing style that you either love or hate. Personally, I love it, although it can become a little much at times. She writes in such a way that she doesn’t just simply state the emotions the characters are going through, she makes the reader really relate to them. You bond with these characters whether you love or hate them right from the beginning because you seem to completely understand them immediately. Taylor writes in such a way that you find yourself slowly being entranced by everything that’s happening to the extent that end up reading more and more, much like in the fairy tales where you’re given magic shoes and end up dancing and dancing.

Luckily, it’s not just Taylor’s writing style that I enjoy, I also really like the magical stories she writes, such as in this one. We follow an orphan who once knew the real name of a place now called Weep but all he can remember is ‘it had felt like calligraphy if calligraphy were written in honey’ I mean, isn’t that beautiful? He knows that this name was removed from the minds of every living person, all written records of it vanished and the word Weep was inserted instead. If you think that description is beautiful, just wait until you read about the library, I just wish there had been more of the book based there.

I think that even if I didn’t know this was written by Taylor, I would have been able to guess just by the writing style and also the themes that seem to crop up in most of her books. She likes to make her readers think about things like skin colour and differences between people in her books and how we should look past this to see the person underneath.

That is all I want to say about this story, I feel that this book deserves to be read in Taylor’s own style and pacing. I’m afraid my words will simply pale into insignificance in comparison, so I shan’t try to write anything more in this review, you simply must read the book. It contains gods, goddesses, godspawn, ghosts and magic along with some seriously heart-wrenching love stories. Really just read it. 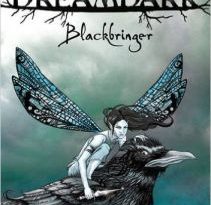 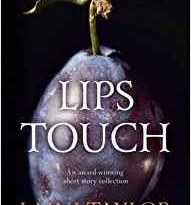 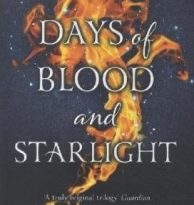