For those of you who like modelling, Bandai will be supporting the new series with a massive range of kits, too.

No news of an English-language dub, yet, but heck, that’s what sub-titles are for! Or you can always learn Japanese by October.

Three years have passed since the battle with the White Comet Empire. President Desler, who has been searching for a new mother star to save the endangered Gamirasu people, finds a star that meets the conditions in a section of the Milky Way galaxy. But it is within the territory of a mighty interstellar nation. The territorial dispute that breaks out in the galaxy inevitably involves the Earth, which has a security treaty with Gamirasu. Susumu Kodai sets out on a training voyage with new crew members in preparation for the upcoming emergency as they face a truly horrific new foe!

Watch this here trailer and get all the feels. 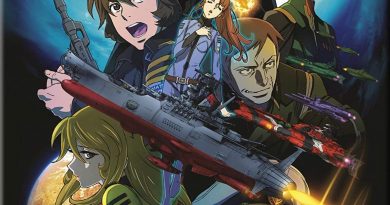