The Doctor and Rose met Henry Van Statten in his underground vault. It’s full of treasure and peculiar finds bought at great expense. There are many things, some mislabelled which the Doctor points out. It’s the Metaltron that intrigues Van Statten and he has been tortured in this living being for many hours. It’s a Dalek but the Doctor thought they had all been destroyed in the Time War. This one has slipped through time.

It’s silent at first until it discovers that the person in front of it is the Doctor, the greatest enemy of the race of would-be supreme beings. It’s not just the Dalek being tortured now. This Doctor is scarred by his memories of what he was forced to do in the Time War and now his guilt is worse than ever. 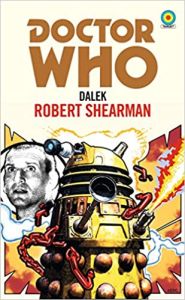 For Rose this is all new. She doesn’t know what the Daleks have done and how long the Doctor with his many faces has been fighting them. She just wants to help but when the Dalek breaks free it’s simply time to run.

Robert Shearman wrote an audio for Big Finish called ‘Jubilee’. It featured the Sixth Doctor on an alternate earth. This story was drawn on for this episode of the Ninth Doctor sole series. This novel adaption is a fully rounded concept that covers not only the back-story of Van Statten but some of the other leading characters. In that respect it reminds me of the classic disaster movies of the 1970s. It introduces the characters, you decide if they are likeable and it finds various ways to kill them off.

This is possibly the only episode I can think off in recent years that actually makes us realise how devastating the Daleks can be. What the book does is get inside the Dalek and gives it context. It offers up an origin story and then makes us question our own judgements. The emotions run deep in the Doctor, too. This is where we start to discover the pain behind the eyes. Another thing the novel cleverly reminds us is that not all monsters are encased in metal jackets.

‘Dalek’ delivers a fully rounded moment of screen time. Novelisations might seem odd to us when we can press a button and watch the episode itself but nothing beats the written word to truly bring everybody to a full life, even the Dalek has his day. 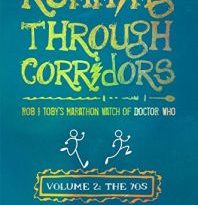 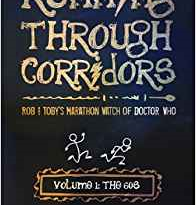