I reviewed ‘Stranger Of Tempest’, book one of Tom Lloyd’s ‘The God Fragments’ trilogy, back in March (https://www.sfcrowsnest.info/stranger-of-tempest-book-one-of-the-god-fragments-by-tom-lloyd-book-review/), noting that it was a fast paced chase through an intriguing world only slightly let down by taking way too long for the protagonist, Lynx, to actually want something. 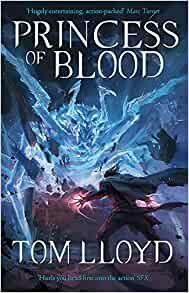 Book two of the trilogy ‘Princess Of Blood’ basically doubles down on the same points. The last third is again an extended chase, the main antagonists are the religious orders that use enslaved mages and fragments of shattered gods to manufacture magical bullets and Lynx wants… well, that’s the problem.

‘Princess Of Blood’ seems to want to swap the protagonist from commando-turned-mercenary Lynx to Toil, the cave-exploring secret agent who is apparently so goddamn sexy that just her mentioning babies is enough to arouse all the men around her. My issue with the shift of main character is that while it’s Toil who drives the plot forward, we never really get into her head and instead continue to follow events from the perspective of Lynx.

However, if Lynx is supposed to be the main character then why doesn’t he ever actually want anything beyond getting into Toil’s pants? It’s generally accepted that a book’s characters must always be driving towards something so that we’re carried along with them but Lynx simply follows Toil through the book, leaving the reader stuck somewhat awkwardly between her actions and his point of view.

The situation isn’t helped by the author also spending time following other characters, who are often much more driven and interesting to be around than the heroes. Bade, the badguy we’re meant to hate, is at least pushing forward and coming up with cunning plans rather than just reacting. Then there are Lastani and Atieno, the mages who kick off the whole story by opening a labyrinth buried under a city. We follow them as we deal with the fallout of that but never get to understand why they did it in the first place and, after they’ve accidentally kicked off the plot, they simply hide and wait for events to catch up with them.

I realise that I haven’t written much about what actually happens in the book but that’s because it’s part two of a trilogy, so you’ve either read part one and want to find out what happens next or you haven’t, in which case you’re not likely to begin with book two. So let’s run through both those scenarios:

If you have read ‘Stranger Of Tempest’ then ‘Princess Of Blood’ will give you more of the antics of the company of mercenaries and the will-they-won’t-they of Lynx and Toil, plus it gives a deeper picture of the world and the politics of the various factions. Despite my frustration at the limp protagonists, I think you’ll enjoy following these guys around and want to see how events will resolve in book three, ‘Knight Of Stars’.

If you haven’t read ‘Stranger Of Tempest’ then definitely don’t jump into ‘Princess Of Blood’ first. I still have book three to go but, so far, I’d say the main reason to read this trilogy is if you like books that follow an extended ‘family’ of characters and want to enjoy their scrapes, bickering and banter. In that respect, ‘Princess Of Blood’ is a success, but if you’re looking for heroes that actually get out there, make plans and instigate things then maybe wait to see if book three finally has the main characters driving the action. 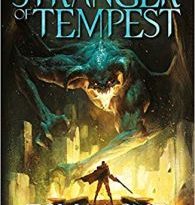 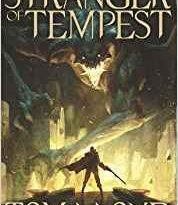