Every Jeremy Robinson book is an adventure and ‘Mind Bullet’ could be the most compelling yet.

Jonas can kill people with his mind. He concentrates, feels a flash of pain between his eyes and his target dies. No muss, no fuss. Pretty neat skill to have if you’re into killing people, which Jonas is, professionally and only if they’re really terrible people. ‘Confirm your target’ was an idea instilled into him at an early age and Jonas has always done his best to comply.

But reading a book about an assassin who is deadly good and always gets away with it would be pretty boring, right? Thankfully, Robinson doesn’t write boring books.

Enter Bubbles, a sarcastic AI who is Jonas’s best friend and sidekick. Bubbles has decided that Jonas spends too much time alone. He’s lonely and depressed, which probably isn’t the best mindset for someone who can direct bullets into the brain of nearby humans with a passing thought. So, she arranges for him to meet Madee, a Thai delivery person by day, a thief by night. Unfortunately, she arrives with more than a bag of takeout. Her last job didn’t go as planned and the folks she stole from, the Shrieking Ninjas, want their stuff back. Now. As in the middle of dinner.

Jonas might be able to kill with a thought, but there are consequences. That flash of pain increases every time he directs a bullet and there are quite a lot of ninjas outside his door.

What follows is the sort of chaos one would expect from a Robinson book. There’s also a lot of mischief thrown in with the mayhem and more assassins than you can throw a single bullet at. Most of them have talents like Jonas’, only they seem to be able to use them without getting a headache and, the deeper into the mess Jonas, Bubbles and Madee get, the higher the stakes.

With a ten million dollar bounty on Jonas’s head and stronger and stronger teams of assassins after them, the only way out will be for Jonas to uncover his true origins and unlock his full potential.

As you can probably already tell, I loved this book. I always enjoy reading Robinson, mostly because his books are fun, but also because they can be deeply thoughtful and always have interesting plots. What makes ‘Mind Bullet’ even more interesting is Jonas’ background. He comes from a place it’s difficult to talk about without massive spoilers, but it’s an ‘area’ and ‘era’ I’ve studied, which made the reveal all the more cool.

The more introspective nature of this book also resonates with the depth of emotion I’ve come to expect. None of the characters are one-dimensional, even those who only appear on the page for a really short time. Bubbles, though. I mean, who doesn’t love an AI that is only just managing to repress its less altruistic urges? All I’m gonna say is ducks better beware and get out of the way.

I also really liked the cameos from other recent Robinson titles. I recognised characters from ‘The Dark’ and ‘Exo-Hunter’. There may have been others from books I haven’t read, which is a situation I shall quickly remedy because these appearances are neither random nor purely fan service. Robinson is working on something big, an arc linking several of his novels and series into a larger story that will draw all of the related books into a single universe. It’s an ambitious undertaking and one my own little writerly heart sort of falters at. It’s one thing to set all of your books in the same world, but to link them into a greater story? Um, no, there’s not enough caffeine in the world to get my brain firing that way, so I’ll just sit back and enjoy the results of someone else’s work.

Thankfully, there are no Netflix-style delays here. The number of series I’ve dropped because the wait between seasons has become interminable is something I should write about instead of whine about, huh? ‘Khaos’, the book that brings together ‘Tribe’, ‘The Dark’ and ‘Mind Bullet’ is due out in 2022.

According to Robinson’s blog, we could see two other books, ‘The Order’ and ‘Singularity’, the culmination of it all in 2022. For more details on the ‘Infinite Timeline’, visit https://bewareofmonsters.com/the-infinite-timeline-worlds-not-series/. 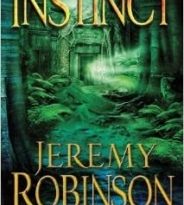 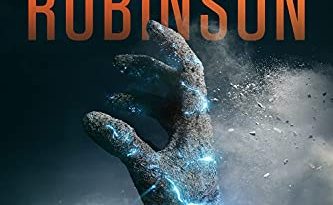 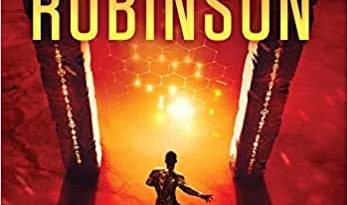