Skip to content
You are here:Home » Looking In All The Wrong Places: a speculative article on where to find dark matter and energy by: GF Willmetts.
Offworld Report Science
February 2, 2020February 2, 2020 UncleGeoff dark matter 6 min read
550.6k
SHARES
ShareTweet

Let’s be radical and explore something I’ve been speculating on this past month. You’ve all seen rainbows. If you look above and below it in ideal conditions with a dark cloud behind it, you will also see fainter versions there. We’re inclined to look at the brightest rainbow than those but it does demonstrate how light divides and how we don’t really pay attention to anything but the brightest version. It’s like a magician’s trick really. We pay attention to the brightest spectacle and not something we don’t see an important although it’s always there if you know where to look.

As an allegory, think of it as the difference between the sub-atomic where quantum mechanics or physics lies and our reality with its own set of scientific rules, so why aren’t we looking above ourselves. Why do we think matter stops with us? Just because we can’t see it doesn’t mean it’s not there. We just haven’t the means to detect it yet.

Of course, the most obvious question is what would be there and would we have evidence if there was? Such was the discussion with one of my team and then I said dark matter/energy and I started joining dots because it fitted the description. We know something is out there but it’s largely undetectable. If it’s here but not here, then it fits the profile of something on a higher tier and can draw comparisons to quantum mechanics but at a different level.

We can see the paths of atomic particles but our instruments are never going to be fast enough to keep track of them. Surely we would expect a similar problem with any quasi-matter above us. ‘Above’ doesn’t mean in the sky or space, just beyond us as we are to the quantum universe. There’s a lot of words like that in quantum mechanics to identify particles so that shouldn’t be surprised here neither.

Would it also be particle and wave or flip between the two in a quasi-fashion at an even larger scale as we are to atomic level. Remember how we think of dark matter and energy as being separate things when they could really be one and no idea how big a scale it is. For all we know, all we’re seeing is the gaps not where the particles/energy waves are.

Worse, we’ve no idea what is really out there or how large, although we are now thinking in terms of galaxy size. It is conceivable that we could be in the middle of a dark matter/energy bubble. It could be just another universe away and it’s right on our doorstep. Conceivably, it could be what is drawing our Milky Way to a distance collision with the Andromeda galaxy.

As we’ve seen from our history of how we perceive the universe. We once thought the sun orbited the Earth and when that was dismissed we slowly realised that we were just a tiny spec in a vast universe and less than important. If there was something ever bigger on a higher plane, then our insignificance in the cosmos will continue to shrink. It does leave an odd speculation if the tiers below and above us can switch between energy and matter, why doesn’t it happen at our level? Is entanglement the closest we are likely to see here?

This is where we have to speculate where real science lies and Science Fiction begins. We’ve always thought other realities were on our doorstep and even thinking in terms of this are the thing of legend. We even have a possible culprit that explains the extra mass in the universe but out of our reach. Nothing has to be invented. Our position in the universe has gotten ever smaller.

Whether such a place would allow sentient life to exist is debatable, although I doubt it would be a place of giants or whether there are beings looking down with their instruments trying to make sense of what we are or even smaller. Would we even know we are being monitored? Maybe we ourselves are moving too quickly for anything out there to monitor us? A millennium for us could just be a passing second for anything watching from there.

As our knowledge of quantum physics shows, we can play with bits of the sub-atomic reality but so much of it is out of touch. The same must surely apply to dark matter/energy in a higher plane. Is there anything thing beyond that? Who knows? We have enough to ponder on and we still have no idea what it is doing.

One thing this isn’t is that it doesn’t tell what dark matter or dark energy is or whether they are interchangeable. It just means we can’t look in the right places or why it appears to be scant in some galaxies and heavier than others. Remember the statistical bell curve of Gaussian Curve. We aren’t really seeing a full picture of the cosmos.

If it is the same material then it is the dark energy that has an effect on gravity. Then again, what isn’t affected by gravity? The ‘dark’ as aspect is a bit or a misnomer, really meaning unseen. There would have to be some interaction with both our level and sub-atomic, so it makes sense gravity of the four forces being the common one. After all, gravity keeps all things together. However, it doesn’t explain why some galaxies don’t have dark matter unless there is less of the material out there than we think. Just thinking aloud here, we are making an assumption that dark matter is of a similar size to atomic particles far more than matter at our scale.

If this upper dimension is of a bigger scale, then whatever this dark matter is, it could be so much larger than ourselves that it off any scale we could measure. Whether it has Brownian motion with its larger size particles bouncing off each other is pure speculation. It would certainly take many millennia to do. It would have its own rules on motion. The choices are that many, though. If it’s that much bigger, then we could be inside it and not even be aware. Then again, if you compare our size to atomic level, short of a nuclear explosion, size doesn’t really matter.

It might be possible to work out what it isn’t. After all, it doesn’t really appear to play much difference in our lives. So we can continue to mess up our own lives and world with equal impunity.

It’s hardly surprising science meets Science Fiction from time to time and this is border-line. After all, we do tend to look for clues in everything, even in real life. Pure speculation but it doesn’t have fill in some gaps. Shame it couldn’t be turned into a story but where would we start? We aren’t on the shoulders of giants. We’ve barely the grit under one of its shoes.

with thanks to Rosie Oliver

If you are going to quote this article, 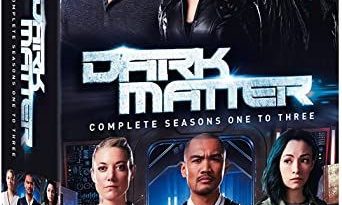