No, the opening title has nothing to do with Hell’s ruler, but all to do with unsigned contracts between me the writer and you the reader. No need to read the small print, as I doubt if you’d find any. It’s a devil’s pact simply because there are no written rules as far as I can see. Considering that a ‘printer’s devil’ was an apprentice in printing, maybe it’s not too radical a term to use.

On the page, you’re the one entering my realm, willing to read what I have to say, even if you don’t always agree with my point of view (although based on email response, that’s pretty rare even for the Internet) but certainly give you something to think about. Whether I live up to the claims put to me that I’m a ‘heavy thinker’, I’m less sure about. I’m just me doing what I normally do, looking for answers to the questions I pose myself. I look over the information before being swayed or come up with my own solution. 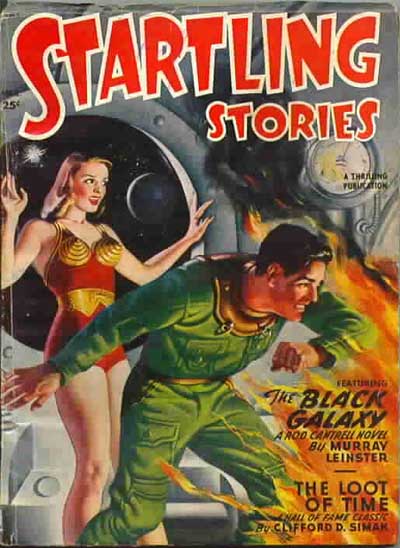 However, that does lay down some of what would be deemed some of the ground rules of a pact between ourselves. You know what you’re going to get although not necessarily how I will tackle it but you are interested in how. You will assume that I will put a twist of humour in to balance any serious stuff and, hopefully, come back to see me again next month. It’s a pact of me delivering and you reading or you wouldn’t be here. I think it would be hard on both of us to even attempt to do this on a daily basis.

As such, what you are dealing with is a hidden contract between ourselves. You might not be able to write down any rules but, then, even I would have to sit down and cogitate over it if I could come up with any detailed rules as well. The only one that I do apply is that I’m not writing for god knows how many out there reading but to the one person, I’m assured, is reading here. That’s still you by the way. I’m just lucky my writing style is accepted by so many. To think any other way could cause stage-fright although I do tend to have nerves of steel in that regard or I wouldn’t be able to keep writing. I think I was born writing. It’s in my mindset and a bit difficult to stop let alone turn off.

You accept a certain level of writing and occasionally accept a level of repeat, such as here a few years back on the same subject. You might conceive this might be for new readers in our growing number of monthly hits but it’s certainly not a reprint or if I might be under-par. That can happen but you might not be able to spot the difference in the number of polishes each piece I write gets as you only see the end product. If anything, it demonstrates some latitude in the contract.

I’d have to do or say something truly outrageous to upset you but how can I compete with our current reality which is getting ever more outrageous and beating SF to the punch lately. We might lose or gain numbers but I’m not privy to that, just as long as I know that someone is out there, understanding the hidden pact we have between us.

I’m also not saying this is just a special arrangement between us here. Throughout all the written medium that you read, the same kind of thing exists between writers and readers. Well, mostly. You’re bound to get some rogue but not necessarily bad writers who don’t realise the nature of the pact and try to violate it at their peril. It only becomes radical when a writer’s opinion is so different from your own or facts are wrong, badly interpreted or throw accepted protocols out the window that you question if they really know what they are writing about or deserve your time.

Sounds a bit clinical but as I said in the opening the rules aren’t written down. If anything, they do appear to be in-built. We just know instinctively when the rules are broken and walk away than waste our time. In that respect, they are one-sided. It is always the writer’s fault if there is a failure in communication simply because the reader will vote with their feet far more than criticise or comment. Having the writer left in a desert is the ultimate failure in communication.

The important thing is having trust between writer and reader. You can debate points in a reasonable fashion but, if I’m anything to go by, I think if I can give you reason to pause and think then I’m doing my job correctly. It might shape any beliefs that you think I might have but I hope it also shows how open I am. Whether it changes your opinion is entirely up to you. That’s not in the contract. If I wanted to brainwash you, then I’d be doing a different job and I wouldn’t be telling you this.

It’s less about finding like-minded people but more to do with fresh insight. That is far more of a geek mindset than anything else. By being out of the mainstream and able to question anything by not belonging to the herd is what makes for a geek. If we wanted an easy life, I doubt if we would be here. The world needs geeks and I’ve never been one for the herd, although it could be contested that I like to be heard.

It’s an unusual pact that I hope I’ve been honest about. Shame we can’t put it in writing but then rules would be made to be broken and how can we do it in our pact?

A Zen thought: Does an alarm still be heard if no one is there to listen?

What Qualities Does A Geek Have: See above.

Observation: Do you ever wondered at whoever described the bird a Robin redbreast might have been a touch colour blind or couldn’t identify the colour orange? Granted it might not have sounded so pretty or turned into songs but it would have been more accurate.

Feeling Stressed: Breathe in a regular fashion. You know it makes sense.