Frank Herbert’s Dune novels are widely regarded as classics of the science fiction genre, and there are a hundred or more reasons they are considered to be so significant.

One of the key drivers behind why the Dune novels are held as masterpieces is their complex and thought-provoking exploration of politics. The Dune universe offers a vast and intricate world for readers to dive into, with multiple factions and societies vying for power and control. The novels explore how these different groups interact with each other, and the conflicts and alliances that arise as a result.

The politics of Dune are not simplistic or black-and-white, but are instead nuanced and multifaceted. Herbert presents a wide range of ideologies and viewpoints, and he shows how they can clash and coexist in complex and unpredictable ways. This makes the novels a vivid and engaging exploration of political dynamics, and one that is still relevant and thought-provoking today.

Another reason we consider the Dune novels landmarks is their sophisticated and nuanced world view. The Dune universe is rich and imaginative, with a wide range of cultures, technologies, and ecological systems. Herbert does an excellent job of creating a fully realized and believable ecosystem, one that feels both familiar and alien at the same time.

But the Dune books are not just about world-building; they are also about the manner in which human beings interact with and shape their habitat. The novels explore the rapport between humans and the natural planet, and the impact that technology and politics have on that relationship. They likewise examine how humanity can adapt and develop in response to their environment, and the consequences that this may feed through.

It is an an atmosphere the films and TV series based on his works have often struggled to reflect fully. There have been several film adaptations of Frank Herbert’s Dune novels over the years, the most recent of which was released in 2020. These movies try to capture the events and characters of the tales, and they attempt (but don’t always succeed) in capturing the same sense of world-building and political complexity that makes the stories so engaging.

One of the key ways in which the Dune films reflect the themes of the novels is through their portrayal of the complex landscape of the universe. The cinematic efforts also showcase the various factions and societies that exist in the realm of Dune, and they explore how these groups interact and clash with each other. This mirrors the political intricacy of the paperbacks, and helps to bring the world to life on the big screen.

Another way in which the movies reflect the ideas of the novels is through their exploration of the relationship between humans and the natural realm. The films showcase the harsh and unforgiving surroundings of the desert planet Arrakis, and they show how the characters must adapt and survive in this hostile habitat. This mirrors the topics of the stories, and helps to convey the sense of struggle and survival that is central to Herbert’s story.

Overall, while the Dune flicks may not be identical to the novels in every respect, they do attempt to capture the same points of political complexity and world-building that makes the books such classics of the science fiction genre. As such, we can see them as reflections of the ideas and themes of the source material, and as worthy additions to the franchise.

In the stories, the Spice Melange is a rare and valuable substance that is essential to the economy and society of the Dune universe. It is a psychoactive drug that grants the user enhanced mental abilities, and it is too the key ingredient in the Foldspace technology that allows for interstellar travel.

We often see the Spice as a proxy for oil. Like petrol, it is a finite and valuable resource that is essential to the functioning of the economy and society. It is a source of conflict and competition, as various factions and societies fight over control of the material and the sole planet where it can be found.

We might see the need for domination of spice as a reflection of the real-world battle for the mastery over energy resources. In our system, gas is a crucial input that is essential to the functioning of the global economy, and it is also a cause of conflict and competition among various nations and corporations. Putin’s war has brought that home with a vengeance.

In this sense, the works offer a thought-provoking and prescient exploration of this important issue.

Some of the science fiction writers who have referred to Dune as an influence include Neal Stephenson, who has cited Herbert as a key inspiration for his own work, particularly his novel Snow Crash; Orson Scott Card, who has praised Herbert for his skill as a storyteller and for the complexity and depth of his world-building; and the fabulous Iain M. Banks (may he rest in peace), who has credited Frank as a major influence on his Culture series of space operas.

Other SF authors who have been influenced by the work include Lois McMaster Bujold, who has credits the novel as a crucial influence on her Vorkosigan Saga series; Joe Haldeman, who has praised Herbert’s skill as a writer and sees him as an important inspiration for his own activity; and C.J. Cherryh, who has credited Herbert with inspiring her to become a science fiction writer.

However, while the original Dune novel is a classic, many of the sequels written by Herbert himself were not as well-received. These followups include Dune Messiah, Children of Dune, God Emperor of Dune, and others. While they continue the story of the seminal book and expand upon the world, they are not considered by critics or, indeed, many fans to be as accomplished or as significant as the initial novel.

There are several reasons we consider the original story a classic, while the sequels are not as valued. One is that the initial tale is a self-contained and complete narrative, whereas the subsequent creations are part of a larger series and depend on the events and characters of the first book. This can make the following works feel less satisfactory and rewarding as standalone stories.

Another reason is that the seminal Dune novel is a more focused and tightly plotted fiction than the sequels. The first book tells a single, intelligible story that builds to a a pleasurable conclusion, whereas the sequels are more sprawling and episodic, with multiple storylines and characters. This can make the later works feel less coherent and rewarding as a whole.

Finally, the original Dune novel is more ambitious and thought-provoking. The first book explores complex and sophisticated topics, such as politics, religion, and the environment, in a way that is both engaging and challenging. In contrast, we often see the sequels as more focused on action and adventure, and they do not delve as deeply into these deeper themes.

However, this does not diminish the importance or the significance of the original novel, which continues to be celebrated and studied as one of the greatest works of science fiction ever written.

Overall, the complicated politics and sophisticated world view of Frank Herbert’s Dune make them a true classic of the genre. These novels are not only entertaining and engaging but also thought-provoking and intellectually stimulating.

Ultimately, they are a testament to Herbert’s skill as a writer, and they continue to inspire and influence science fiction writers and readers today. 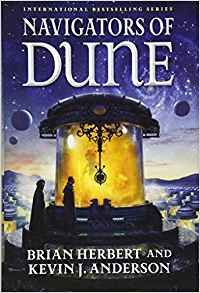