Following on from my previous review of ‘Draw!’, we have the next issue, # 10. The opening interview is with comicbook artist Ron Garney. He recounts being mentored by Mike Zeck and the importance of getting an illustration right before moving on for neo-artists. There are also some rather telling demonstrations of getting thumbnail pages done to ensure everything fits on the page before expanding and detailing. Likewise, the problems of hours working alone and the virtues of sharing an art studio. 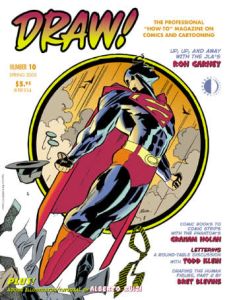 Graham Nolan recounts his time from moving away from comicbooks to newspaper strips, working on ‘Rex Morgan M.D.’ and ‘The Phantom’, a quick look on his bio and he left the latter in 2006 to work on one of his own projects. There is as much hard work on newspaper strips as comicbooks and no rest periods to wind down because the material is always in demand.

Although the Lettering discussion group on the Internet seems to have quietened, Todd Klein brings together the Letterers as they chat about their craft that undoubtedly apply today even in the digital age. If you ever thought lettering could be done with any pen, seeing how they sharpen and customise their pens for a chisel edge to what scale they work at is a real lesson in craftmanship. They are also one part of the comicbook trade that doesn’t get a royalty for their work. This is a real nugget in this edition and a skill worth studying.

Alberto Rviz does a stylised picture of Vampirella and accompanying modified logo, via Paintshop. There’s a fair bet that much of this can also be accomplished on other digital art software.

Mark McKenna goes over his transition from comicbooks to self-publishing a kids book ‘Banana Tail’ and publishers who should have taken it further. Looking up his work today, there have been several books since so he must have succeeded.

Finally, the second part of Bret Blevins on drawing clothes. For me, there are two significant elements here. Not to draw every single fold and I suspect the squinty-eyed look will help here as to pick out the most important folds will help here. The second, although Blevins doesn’t actually point this out with the nude figure, the effect of the clenched foot and toes in figure movement on the leg that ultimately affects the clothes themselves. In some respect, I wish Blevins had also paid attention to the effects of furniture and props to them as well but these are still worthy lessons that all artists need to pay attention to.

Have I sold you on getting this issue of ‘Draw!’ yet? 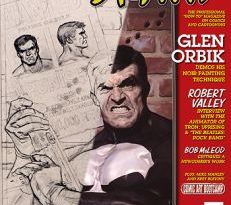 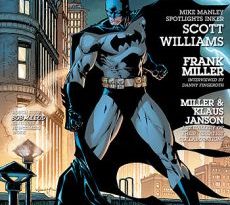 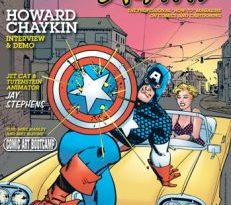