For a life less ordinary, try travelling with the Doctor. Steven and Sara have some experience but nothing prepares them for ‘An Ordinary Life’ in 1950s Britain. It’s a time of great change, social upheaval and immigration of workers to do vital jobs in a country still recovering from World War Two.

Jamaican born Audrey Newman (Sara Powell) and her Uncle Joseph (Ram John Holder), a veteran of the recent war, are living in London with her recently arrived husband, Michael (Damian Lynch), and also recently arrived baby, Josetta. It’s not an easy existence and it’s compounded by Michael’s mysterious lack of engagement with his wife and child.

During the night, the Doctor, Steven and Sara are hurled from the TARDIS, which seals its doors against them. With the Doctor practically unconscious and with snow falling, they throw themselves on the mercy of the Newman family. The travellers are carrying a terranium core, a vital ingredient for the Dalek time destructor, that the Daleks would dearly like back. They seem to have landed in ‘Call The Midwife’ 1950s’ South East London, near the docks but without any nuns, midwives or decent working class people other than the Newmans themselves.

In the morning, Steven makes the shock discovery that the Doctor and the TARDIS are gone. Steven and Sara must make their own way in the world and hope he returns. Before long, Steven is working alongside Michael at the docks and Sara is boiling lettuce.

Very much a fish out of water story, we get to see how important social integration is. Looking at the colour bar in a different way, this narrative feels its way around this sensitive issue using the fact that Steven and Sara come from times in the future where they don’t even notice the colour of other people’s skin. The non-judgmental welcome to the refugees, Steven and Sara is contrasted with the violence of some of the locals in response to the Newmans’ arrival.

Before you start to think this is all a bit heavy for ‘Doctor Who’, there is also a great deal of humour in this with a particular incident with Sara Kingdom and the police as a stand out moment. Each of the new arrivals has certain problem with their environment, be it the seemingly endless bad weather or the mystery of cooking. With all that going on, the plot also develops into something much more sinister.

I enjoyed ‘An Ordinary Life’, as it’s thoughtfully written by Matt Fitton (there’s a Christmas rhyme for you). The actors each get a chance to shine in their roles and it is good to hear Jean Marsh again fleshing out the role of Sara Kingdom. Peter Purves also manages to recreate the Doctor for us, making this a very real episode that never was. Purves and Marsh also play the almost lovers beautifully and rather poignantly given all we know about their characters. Once again, we see the tentative steps toward a relationship between two young people who come from such different times and there are some sweet but not overly prolonged moments of emotional contact.

This works as both as an adventure and a little bit of social comment which is not laid on with a trowel. Somehow, I do not think this would have been made in the era it is set. Fitton uses several elements of the era of the 1950s to develop a complex plot with some clever little flourishes and a nice wink towards a very well-known film which gives the extra brick that completes the structure. How amazing ‘Doctor Who’ would have been if this had come from the 1960s but as we only have hindsight to repair the damage at least we have Big Finish to expand the universe a little to give us some historical context. It’s a perfectly valid approach and gives the series a bit more gravitas and boiled lettuce! 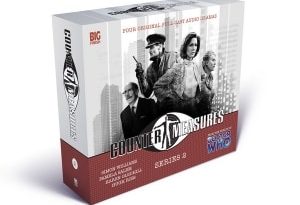 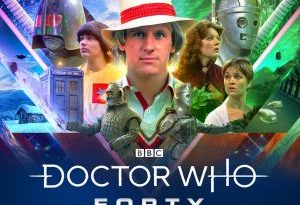 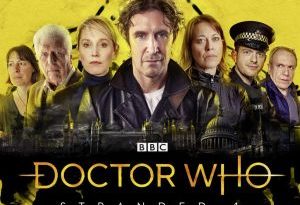 Doctor Who: The Seeds Of War by Matt Fitton and Nicholas Briggs (CD audio review).