You know there are a lot of killer combos in the world – bacon and lettuce, salt and pepper, dungeons and dragons – but here comes a winning formula that is bound to succeed – Angry Birds the Star Wars edition! Now, the real question here… is Angry Birds doing George Lucas a favour, or vice versa?

The deal looks like moving beyond the gaming screen and into the living rooms with a host of merchandising tie-ins such as the soon to be famous Star Wars Angry Birds At-At Attack Battle Game.

I wonder what Yoda would say? 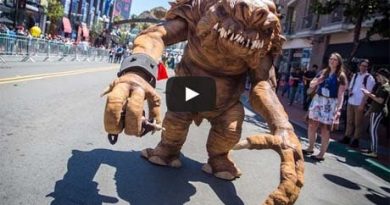 The Star Wars Legacy – an article by: GF Willmetts.