Amazon today announced their 2015 lineup scheduled to debut on Amazon Instant Video in the US, UK and Germany, and rather interestingly, it includes The Man in the High Castle. Based on Philip K. Dick’s Hugo-winning 1962 alternative history novel, The Man in the High Castle TV series considers the question of what would have happened if the Allied Powers had lost World War II. Some 20 years after that loss, the United States and much of the world has now been split between Japan and Germany, the major hegemonic states. But the tension between these two powers is mounting, and this stress is playing out in the western U.S. Through a collection of characters in various states of posing (spies, sellers of falsified goods, others with secret identities), The Man in the High Castle provides a tale about life and history as it relates to authentic and manufactured reality.

Picture sourced: www.catspawdynamics.com/the-man-in-the-high-castle-by-philip-k-dick/ and by Scott Dutton/Catspaw Dynamics (concept art for the novel).

In addition, Isa Dick Hackett will executive produce and Kalen Egan will co-executive produce on behalf of Electric Shepherd (The Adjustment Bureau). Christopher Tricarico (May in the Summer) is also Executive Producer. Amazon Studios most recently debuted a second season of the Garry Trudeau political comedy Alpha House. Launched in 2010 as a new way to develop feature films and episodic series—one that’s open to ideas from creators around the world. Anyone can upload a script online and Amazon Studios will read and review all submissions. Those who choose to make their projects public can also receive feedback from the Amazon Studios community. 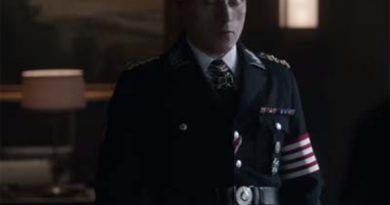 The Man in the High Castle season 2 first trailer. 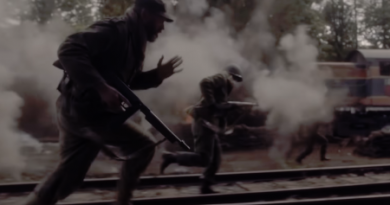 The Man In The High Castle (4th – and final – season trailer).

The Man In The High Castle (season 3 trailer).