I‘ve read all of C.J.Cherryh ‘s ‘Alliance-Union’ books in recent years, including the ones that were only vaguely related in that they were also somewhere in space but bore no relation whatsoever to the main sequence of books. 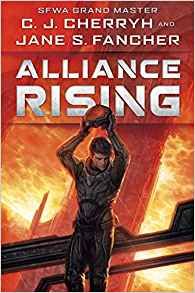 ‘Alliance Rising’ takes place in the main setting, a string of space stations spaced several light years apart, served by a group of independent merchanter ships that are owned and operated by proud trader families. C.J. Cherryh has never written the books in chronological order, so it’s always a bit tricky to figure out where they fit in relation to others. This book, as the name suggests, is set before many of the others, when the alliance of merchanter ships is just beginning to form.

I was of two minds whether I wanted to read this new book, having had unsatisfactory experiences in the past of reading new books in a series I’ve enjoyed that are co-written with another author. Often they prove to not really sound like the original author. I’m pleased to report that in this case I couldn’t tell how much or which bits of this book were written by which author and it all seemed like genuine Cherryh to me.

The focus of this series of books is always the trading families, station operations and politics, rather than battles or invasions, which happen on a small scale in the background of some books. ‘Alliance Rising’ takes the concept of the series to the extreme, with the entire novel concerning itself with ship arrivals, trading policies, station administration and the ensuing discussions, suspicions and theorising about what the other parties are up to.

Theoretically, this should make for a rather dull, plodding book, yet that is not the result at all. As with the other merchanter books, there is a constant tension, an escalating sense of pressure and a series of misunderstandings and plottings that delay the resolution of the issues that arise.

There are several point of view characters throughout the book, principally the young trainee navigator Ross Monahan of the Galway, a ship loyally serving the ageing and faltering Alpha Station. His assignment, while on station, is to keep an eye on the elderly first navigator, Fallan Monahan, an assignment that proves tricky during arguments, security crackdowns and disagreements.

Galway’s captain and the captain of Finity’s End are two of the other viewpoint characters, both suspicious of each other and of station administration, both trying to do the best for their own families and ships. Finity’s End is a massive merchanter ship visiting from stations further out, potentially disrupting traditional trade routes, bringing outside influence, shaking up the status quo. The interactions of all these characters makes for fascinating reading.

The details of ship operations, station politics and family relationships are intricately interwoven, realistically rendered. Although the results of some of what occurs in the book I kind of knew from other books set further down the timeline, in that the Alliance exists in future books, the details are all new and the suspense is real. The book is listed in some places as book 1 of ‘The Hinder Stars’, promising further developments and intrigue in future volumes. I shall most definitely be looking out for them. 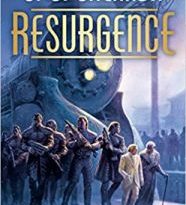 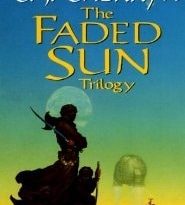