This is a collection of eleven short stories written by Tad Williams, some of which have been published in other places prior to this collection. Unlike a lot of collections of short stories, there seemed to be nothing to hang them all together apart from the fact they are all by one author. There seemed to be everything here from screenplays, to a written comic with no images, to ordinary short stories. Some of these took a little more reading than others, I particularly found the comic tricky to read and ‘A Stark And Wormy Knight’ which employed some really weird language. The stories all tend to leave the reader feeling a little off kilter, either because of the language used (nothing too rude) or the topic the story deals with. I had to take a short break after finishing each of the stories to have a little think about them, apart from the horror story ‘Black Sunshine’ which left me feeling a bit confused and queasy.

I shan’t go deeply into each story here as they are all so different this review would end up being almost as big as the book. I found myself drawn more to a couple of the stories and definitely repelled by a couple more. My favourites were ‘The Thursday Men’, which was about Hell Boy (one of my favourite comic book characters) and his experiences dealing with two groups of people from different dimensions. I loved the really noir feel to this story, it felt like I was reading a black and white mystery or SF movie. It was also really interesting to read about Hell Boy in this format rather than in a comicbook as I felt it gave more of a background to him and some of the things he may have had experienced.

The other story I found enjoyable was ‘The Storm Door’, this was a story about a paranormal investigator called Nightingale who is trying to figure out why recently dead people are suddenly being possessed. This was a take on the traditional zombie novel which is something I would generally avoid as I would class it as horror and assume I would hate it, however, this one I found interesting. Having said that, I would recommend that you do not read this short story in anything other than broad midday, advice which I wish someone had given me. I felt that this short story could easily become the beginning of a series of books or maybe a short back story to a character.

Now on to a couple of stories I really did not get on with. Firstly, the title tale ‘A Stark And Wormy Knight’, which I felt was an interesting concept but wasn’t very easy to read given the made up language of the characters involved. Basically, it is a story being told by a mother dragon to her son about the son’s grandfather and his attempt to taste what it was like to eat a princess. Now Tad Williams tried to write this in a language that he thought dragons might use which involved misuse of a lot of words, along with made up words which I found comical to begin with but, by the end, it was getting annoying and really slowed down my reading speed.

I also found ‘The Terrible Conflagration At The Quiller’s Mint’ to be a little unenjoyable, mostly because it just seemed to be a police report written in a highly verbose style about a small incident at an inn involving possible murder and/or arson. I didn’t really see any plot and didn’t bond with any of the characters or see any real point to the story at all as it made no sense to me. Maybe I completely missed a point in the story or maybe I was just tired when I read it, who knows.

Overall, it wasn’t a bad collection of short stories and, as with any of these collections, some I really loved and others I completely hated. As a fan of Tad Williams, I would say that enjoyed the book overall if only to see what he’s like writing something less than 3 volumes long. This is something to add to the collection of a fan, but not something that shows Tad Williams at his best. 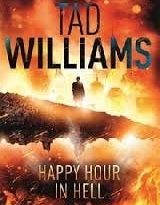 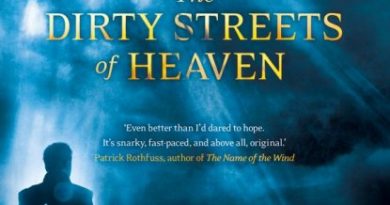