As a bit of a change for Leela (Louis Jameson) and the Doctor (Tom Baker), they are trying once again to have a holiday but the out-of-season cold and unwelcoming seaside resort has little to recommend it. So, unsurprisingly, they end up on the trail of ‘The Crooked Man’. This is the third adventure of the third series of the Fourth Doctor (gosh, I’m not sure why but I think my bingo number has just come up) and its all change from lost in space to the unlikely beachfront in good old England. I hope Leela is not wearing her bikini.

Laura Corbett (Sarah Smart) is mourning the loss of her father and trying to sort through his possessions. He was an avid book collector and she takes them down to the bookshop to sell to the local bookshop owner, Mr. Rance (Richard Earl), in a brave attempt at decluttering. If only it were that simple.

When there is a hideous and incomprehensible murder, the local bobby (again, Richard Earl) takes charge and who just happens to be an old friend of Laura. He accompanies her home but she is already married with a baby and a husband, Simon (Robin Pearce), her own personal knight in shining armour. So the local bobby is out of luck there.

When the Doctor and Leela start to poke their own noses into the murder, they note a lack of residents and fall foul of a local TV celebrity. It’s not long before the Crooked Man is after them and there is no safe place to hide. With echoes of Peeping Tom’s hideous child psychology, a sprinkling of ‘The Shining’ and the depressing background of an out-of-season seaside ‘resort’ ( I know about those, I was brought up in one), this is an excellent example of a creepy claustrophobic and curious story, ably put together by Mr. John Dorney, the master at creepiness. I mean that in a nice way. It is, of course, leavened by the wit and banter of the Fourth Doctor with sidekick Leela.

We don’t get a great deal of time to invest in the fate of Laura and her family but ‘The Crooked Man’ makes good use of its hour running time, managing to skilfully sketch in the location and characters and leaving us with a disquieting sense and the desire to avoid the English seaside.

I must give special mention for Neil Stuke as the Crooked Man, a nightmarish adversary and for some extreme literary murders done with a sense of ‘Theatre Of Blood’. This is a stylish production and gives the Doctor something different to do. I’m not sure if he was wearing the deerstalker during this but he was in my head, at least. 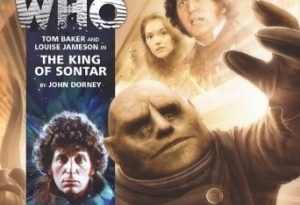 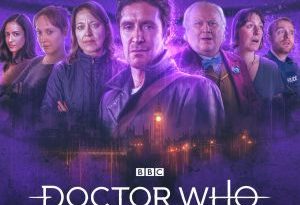 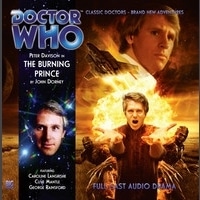