With the start of the opening episode for ‘Westworld Season 3’, you might be forgiven to thinking your language setting and sub-titles have been subverted by the Delos AI, but give it a few minutes and they’ll start speaking English. It’s a reminder that nothing is what it seems, although working out what is going on will take more than the opening episode.

OK, there are three main story threads as the Delos robots get into the real Earth. Dolores Abernathy (actress Evan Rachel Woods) is out in the real world building up her android replacements and recruiting Caleb Nichols (actor Aaron Paul) to lead the rebellion. Meanwhile, Maeve Millay (actress Thandie Newton) finds she’s being manipulated in a reality within a reality until she’s been captured and back under control by Engerraund Serac (actor Vincent Cassel), who has successfully managed to buy out Delos.

Meanwhile, once owner William (actor Ed Harris) becomes a victim, being shoved into a mental hospital or so it seems in a power struggle to running Delos and is clearly not happy about it. Meanwhile, Bernard Lowe (actor Jeffrey Wright) and Ashley Stubbs (actor Luke Helmsworth) have their own agenda, mostly trying to stay alive against everyone else. As to who Charlotte Hale (actress Tessa Thompson) is, I doubt if she’s sure for sure. 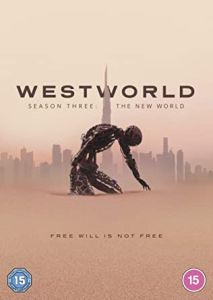 So much of this season is total spoiler but is intense viewing. The robots are mostly avatars with their AI balls or pearls elsewhere than always incorporated into the bodies. Nothing is ever quite what it seems and all the threads do start interconnecting over the 8 episodes. The series switches between extreme violence and cerebral moments on what they think about life and what the final plan is supposed to be and who really has the key. Make no mistake this is a heavy series although you do have to wonder why those pearls are so fragile. I am still wondering why it was called ‘Westworld’ as ‘Delos’ would have been a stronger title and they don’t go there in this season.

When you watch the last episode, keep going past the credits and hope this is the signal for season 4.

There are lots of extras. The common denominator on all disks is about 5 minutes behind the scenes for each episode with comments from actors and production. I did find it a lot easier to watch them all as a collective after watching the season, more so as there are a couple other extras on disk # 1 showing more of the overall season and their recording in the USA, Singapore and Spain. The latter is of particular interest because they recorded at the City Of Arts And Sciences, the same place the ‘Doctor Who’ episode ‘Smile’ also filmed at first.

The main bulk of the extras is on the third DVD, with nearly an hour of them. Much of it is exploring the human reality and how much it is being controlled by computers and people losing free will to the major companies out there. Anyone want to compare to what is happening in our reality? A selection of actors discuss their own love of the series and in question and answer do well as to who said what lines.

‘Westworld’ is an intense series and gets even deeper with this season. Nothing is quite as it seems and alliances change voluntarily or forced and you’ll be wondering who will survive or how into the next season. Just don’t buy a ticket for a holiday in Delos right now. It’s under new management. 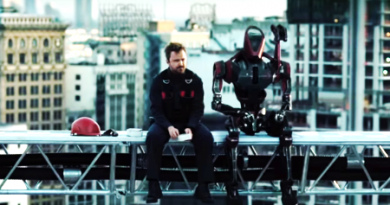 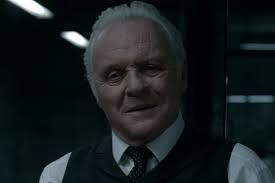 Quality Control Assessment At Delos: an article by: GF Willmetts.