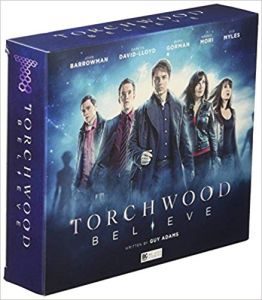 Everyone loves a new religion and the latest is out of this world. It’s inevitable that Torchwood has to get involved as there might just be alien contact and that is their speciality.

Ianto(Gareth Dabid-Lloyd) gets to be embedded at the training centre for the Church of the Outsiders. He looks like the type to join a cult, the lonely type. Tosh (Naoki Mori) meanwhile gets to chat up the church’s accountant, played in a delightfully creepy way by Arthur Darvill, whilst looking for clues on any dirty money. Gwen’s (Eve Myles) on a deprogramming mission and Jack’s (John Barrowman) ‘Just Jack’.

It’s Torchwood as ever the desperately, dysfunctional team. There’s no ‘I’ in team and there’s definitely no Jack in it as usual. He’s always out on his own and the immortality thing is never far away. In fact, the casual approach to dying despite being aware it causes intense pain is for me, the only grating part of the Torchwood dynamic.

One of the best and the worst teamwork efforts is Tosh and Owen (Burn Gorman). The relationship suffers near terminal breakdown which perfectly mirrors the fact that Owen is already part of the walking dead. It does also progress it a little which suggests he can grow, despite the rot almost setting in. This particular duet is fabulous. There is so much angst and repression behind every syllable as they exchange tense words over their communication device it hurts. Everything that is said is backed up by what remains unsaid. The fact that Owen is dead is a superb part of how Torchwood developed. His agony is that where he is damaged something it stays damaged. This is a complete contrast to the blasé Captain Jack who is happy to jump from a tall building, suffer exquisite torments and die, in the full knowledge he will be reborn. Owen is a zombie except he doesn’t eat brains and has full use of his own. Zombies don’t suffer but Owen faces each grim day knowing it won’t be his last. Not to speak ill of the dead but it hasn’t made him a nicer person but, hey, it’s not easy being dead. Tosh is as charming and sweet as ever and has to act very much against her nature. Playing the honey trap is not her style and Owen cruelly ramps up the pressure until everything breaks.

Ianto’s personal drama is being stuck in a cult where things just get weirder. It’s helped by making a friend and there’s some good interaction between them. However, he’s fully aware of his fraudulent presence and it’s not going to end well. Ianto is the sum of his vulnerabilities. He’s a misfit in a bunch of misfits.

Gwen gets to play Mum and is doomed to be sadly disappointed in her ‘offspring’. Gwen is more of us or our heroic died at least. Her strong desires pull the narrative along and she will never surrender.

All the separate threads are pulled together in a suitably Torchwood style ending. It fits in well with the original series and manages to drive along nicely on audio. The test of any good drama is always the script and how much it is character driven. The fact that Gwen can have a car chase on audio sums up how the writer, Guy Adams, a Big Finish regular, has perfectly understood the fan requirements. He very cleverly drops us into the world of Torchwood at full speed. Adams makes it seem easy as he presents us with the true voices of the team. They fit comfortably back into their old roles and only the listener knows what is yet to test them. It is good to be able to fill in between the cracks of the original series and fill out our knowledge of each member of the team. This full cast drama breathes new life into Torchwood and surely will secure new followers. 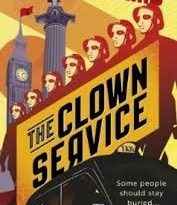 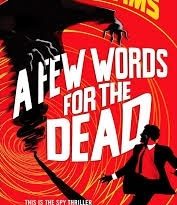 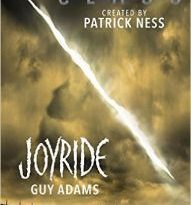