Over the last decade or so, the ‘Lord Of The Rings’ franchise has done exceptionally well and Howard Shore’s brilliant musical scoring of the films must have played some part in this. He’s created such a distinct sound that, within a few seconds of a track starting, it is nearly always possible to identify that it is a tune from Middle Earth and that’s really quite amazing. I can think of few other 21st Century movies with such clear musical branding, if that makes sense as a phrase. This album, the soundtrack to ‘The Hobbit: Battle Of The Five Armies’, the third and final instalment in ‘The Hobbit’ trilogy, follows the same trend as the previous Tolkien soundtracks from Howard Shore. From the instruments playing at any given time, you can tell which types of creatures are likely to be on screen as each has their own theme. There are the elves, with the beautiful close harmony choral sounds that make me think of a modern type of Gregorian chant. The powerful low horn section is a sure indication that orcs or goblins are about, while the light care-free strings take us at once to the land of hobbits. It’s just wonderful.

With Shore continuing to use these themes that are already so familiar to followers of the film franchise, you’d think it might get a little boring, but it never does. Taking the music without the film at all for a moment, it’s really an impressive display of how versatile an orchestra can be. There is such variety in the way Shore showcases the different sections of the orchestra, adding a choir to give yet another layer of depth. I’ve always thought that Shore’s music must be a dream come true for the sections that usually play second fiddle (excuse the pun) to the string section – the horns, tubas and euphoniums for example – that really get a chance to show off in these pieces.

There is also the single vocal track that has become another trademark of these albums. In this case, it’s a very simple yet haunting song called ‘The Last Goodbye’ from Billy Boyd, familiar to many as Peregrin (Pippin) Took from the original ‘Lord Of The Rings’ trilogy. He doesn’t have an incredible voice, but the track wouldn’t have been half as moving if it had been sung by a classically trained singer. It’s almost folky in style, with the melody accompanied by light acoustic guitar and not much else to hide behind. I liked the song and its straightforward delivery as it made me stop and listen.

Should you buy it? If you like the others you’ll probably like this one and, if you’re a collector, then it completes the set (for now). There are two versions available, a regular and a special edition version. Both have beautifully designed album sleeves with lots of detail and some great images from the film. The extended special edition has a couple of extra tracks and extended versions of three or four others. The album sleeve also has extra notes on the scoring of the film that I found to be an interesting read, with technical details that will probably satisfy even the most musical amongst you.

There aren’t a lot of surprises in the scoring of this movie but it is well done and certainly finishes off the series in a way that’s in keeping with the rest of it. Each time I’ve listened to it, probably 5 or 6 times so far, I’ve enjoyed it and I don’t think it is an album that I will tire of quickly as it is so effective at transporting me to another world. 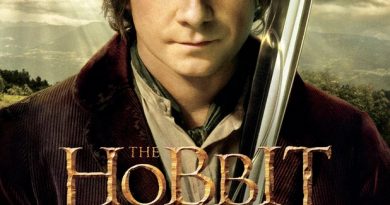 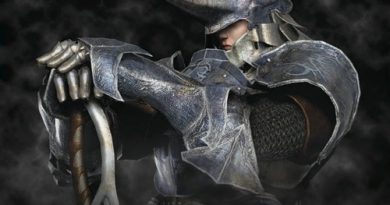