This is the first book in a series of an unknown number of books and it’s followed by ‘The Water Witch’. Carol Goodman, who writes as Juliet Dark, has also written a lot of other books on various different themes. Please also be aware that this book has been published under two different names ‘The Demon Lover’ and ‘Incubus’ so don’t accidentally buy them both. Cailleach (Callie) McFay is newly qualified with a PhD specialising in studying the supernatural in novels, in particular gothic novels containing demon lovers. She has an obsession with all things incubi, succubae and vampiric, which luckily, this is the subject she has just been employed to teach by Fairwick College in upstate New York. She also happens to have her own personal incubus which has been visiting her for most of her life, firstly as a magical prince telling her tales to soften the blow of losing her parents at a young age, then for more…traditionally incubi reasons. As Callie settles more into her life in Fairwick, she realises things are not exactly as they seem with the staff and pupils with fairies, witches and, yes, even vampires both on the staff and living in the small town.

Although the title and the premise of a book with incubi in it might seem a little bit too sexual in content, I have to say that Juliet Dark hasn’t gone the usual route as many urban fantasy writers have by putting huge amounts of gratuitous sex into her book. There are a few scenes but they don’t happen continuously and, where they are described, they are done so in a way that I felt didn’t leave me feeling awkward. To be honest, there’s more about Callie learning to accept the townspeople and college staff as a kind of large family, finding out how the different types of creatures interact with each other and learning how she fits into it all. There’s also a bit of a love story with the occasional sex scene but again nothing too descriptive.

I really enjoyed this book, even though I didn’t really want to pick it up in the first place because of my worries to do with too many sex scenes and possibly poor writing. I was pleasantly surprised at the high standard of the writing. There were scenes that I felt were a little forced but, on the whole, the story flowed very well and made sense. It also seems to have left the door open for further books in the series without the book ending on the traditional cliff-hanger.

I loved the fact that Juliet Dark seems to have a great deal of knowledge about the world of fairy and not just from the American side, but from other cultures as well. She did make a slight blunder with the Welsh language but I could put that down to alternate spellings of older words. Dark seemed to really have a lot of research under her belt which I appreciated as there are a lot of authors who just write about fairies without using the wealth of historical information at their fingertips. She also seems to know a lot about gothic literature, which is mentioned time and again in this book due to Callie’s teaching in the college. I wish there was a list of all the books mentioned at the end of the book because, although I’ve read an awful lot of them, I’d be interested in reading more.

I can’t wait to get into the next book. I just hope it’s as good as this one was, I’ll let you know! 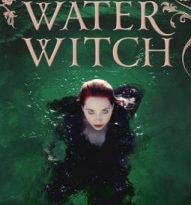